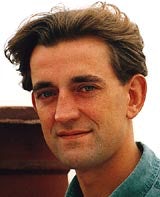 The Radio Advertising Bureau (RAB) is launching an initiative to encourage advertisers to switch a chunk of their national press advertising budget to radio ads.

The initiative, under discussion with media agencies, follows RAB’s controversial campaign to get advertisers to use radio in combination with television campaigns.

The initiative, to launch late next year, will try to persuade advertisers to use radio to broadcast general information on their products, and then use press to back this work up with more detailed information.

Research by Millward Brown will be conducted early next year to test the effectiveness of this combination.

RAB managing director Justin Sampson says: “As part of our strategy to demonstrate radio’s effectiveness with other media, RAB is looking at a second wave concentrating on the ways radio and press work together.”

The work will run alongside RAB’s Creative Multiplier campaign, which aims to encourage companies that under-use radio advertising to spend more on the medium.

The RAB was criticised by Carlton Television in September over the first effectiveness campaign.

The RAB quoted Millward Brown research claiming that by shifting ten per cent of a TV budget onto radio, advertising awareness increased by 15 per cent.

Carlton claimed the research was misleading and the brands used in the research were not a broad representation of product sectors. The claim was dismissed by RAB.