Laycock, who claimed he was “constructively dismissed”, accused the station of revelling in its status of most listened to station in the country, adding “that’s the job of a commercial station.”

Andrew Harrison, chief executive of the RadioCentre could have been forgiven if he had borrowed heavily from the thoughts of septuagenarian Laycock in his letter to the BBC Trust, in which, he accused the Beeb of having “an obsession with youth”.

Harrison says Radio 2 has shifted its programming policies and that the average Radio 2 listener is getting younger, claiming the “strongest growth” for the station has come from listeners outside its “target” audience. The number of listeners 65+ has declined, it claims, while reach amongst 15- 34s has grown by 62% since 1999.

All of which has proven “disastrous” for the commercial sector, which yearns for the disposable income the 15-34 year-olds supposedly offer advertisers.

It is difficult to argue against Laycock and Harrison’s core point. A portfolio of presenters that includes Jonathan Ross, Chris Evans, Dermot O’Leary and until an indiscretion led to his less than constructive dismissal, Russell Brand, hardly screams a station purposely targeting an older demographic.

And once the station’s anchor at breakfast, Terry Wogan, departs expect to see a younger presenter, perhaps bringing a more youthful audience with them, taking his place and dragging the average age of the Radio 2 listener even further southwards.

If we are to accept the premise that Radio 2 is shamelessly chasing as bigger and the broadest audience it possibly can, then the already unlevel playing field between commercial radio and the BBC gets even bumpier.

In terms of marketing spend, programming budget and the ability and cash to attract the biggest and best talent, the BBC wins hands down, further shackling the advertising-funded sector at a time when ad revenues are shrinking.

Let us not shed too many tears for commercial radio, however. Despite the challenges the behemoth at the BBC poses, commercial radio recently increased its slice of the radio market – up to 42.7% – as well as snaring a greater share – up to 52.9% – of 15-44-year olds, so the sector is not entirely a pauper (to Auntie’s prince).

Also, it is debatable that the natural constituents of Radio 2 should be those approaching the September of their working lives. The make-up of music consumers is changing with parents “digging” the same artists and genres as “ver kids”, who are busy trawling the internet for the next big.

It is therefore natural that the output of Radio 2 should move a little closer to that of its siblings at 6Music and Radio 1, which may also lead to audience crossover.

Finally, some of the personality jocks employed – a mix of light entertainers and Radio 1 exiles – are, plain and simple, darn good everyman entertainers who are proving to be all things to all people, whatever their age.

However, Laycock has it right. It is the job of Radio 2 to be best it can be, but not the biggest. A little less populism and little more considered programming is called for. 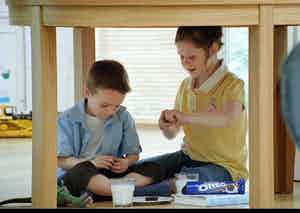 “Why are you so crazy about this Twittering thing? I don’t get it,” claims Simon Clift, global chief marketer for Unilever, in the extended online version of his regular column (page 11) on Marketingweek.co.uk. While I suspect he knows more than he is letting on, he poses this question to set up a debate about the value of the microblogging service to marketers.