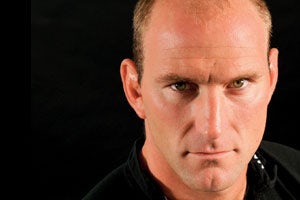 Sponsorship and promotions (S&P) have been a key and growing part of the radio advertising offer for many years. The problem is that it has become increasingly difficult for stations to deliver large audiences – so the industry has embraced moves to extend S&P into branded content.

It is a strategy that has been welcomed by advertisers. Figures from industry body RadioCentre show that revenue for branded content grew by 16% in the second quarter of last year and revenue is up by 63% since 2001.

Advertisers and radio groups alike are waking up to the potential of branded content and its ability to develop a deeper relationship with listeners. But there are still grey areas over ensuring that it makes an impact with the audience as well as offer return on investment for marketers.

The idea of branded content has evolved rapidly and while it used to be limited to sponsorships, live reads and promotions, it now covers an array of new formats such as podcasts, advertiser-funded programming, SMS and cross-media campaigns.

Indeed it can be extended even further since media watchdog Ofcom amended the Broadcasting Code last October to allow entire radio stations and TV channels to be sponsored.

This is expected to be particularly popular in radio.

Some brands have wanted to make programmes about their core product regardless of whether listeners find them interesting. And such examples are still all too fresh in the minds of many media owners and agencies.

Dominic Smales, managing director of USP Content, points out that brands have to be willing to give more now. “A brand has to be selfless,” he says.

“These days people have so much choice you can’t just fob them off. You have to give them something that interests them, otherwise you will be forced out.”

He says that his company’s work with mobile phone operator O2 on its rugby sponsorship is an example of this. O2 wanted to forge a deeper relationship with rugby fans, so it developed a series of events such as forums and Q&A sessions with playing legends, among them Lawrence Dallaglio. 02 customers and readers of The Times were invited to attend.

The events were recorded and used to create a series of “Upfront and Live” podcasts, which were made available during the Six Nations rugby tournament across a number of platforms, with exclusive content available for 02 customers. But crucially, according to Smales, there was “hardly any mention of the brand” throughout the event.

Creating content that is branded but only with subtle reference to the brand has become the holy grail for radio groups. Steve Taylor, creative commercial director at Emap, says that all parties involved in branded content have to realise that it is only as valuable to advertisers as the content is to the listeners.

With this mindset, radio groups are increasingly collaborating to offer advertisers larger and complementary audiences. Taylor says that Emap’s Big City Network and GCap’s One Network work well together, as the two networks combined cover all of the major UK cities. Similarly its Kiss network, combined with Chrysalis Group’s Galaxy stations, can offer advertisers 5.2 million 15to 34-year-olds each week.

Live music
An example of this kind of collaboration is the Vodafone Live Hour, which aims to associate the brand with live music and airs across the Big City Network, Kerrang! This is also owned by Emap and a number of GCap stations, including flagship London station 95.8 Capital.

It includes a weekly radio show, an online and texting element and branded events. It also works alongside a televised session from a particular artist under the Vodafone TBA banner.

“That is not just a fad,” he says. “It requires great thought and insight about what you want to © achieve and how that can work.”

He also believes that sponsorships can be further integrated into editorial because presenters and programmers are more open to the idea of using brands more. He adds: “BSkyB [Virgin’s Breakfast Show sponsor] tells us its plans for the next three months and we can see if there is anything we can do to dovetail that into our editorial.”

Early insight
Hewat says that meetings with Sky are now attended by Breakfast Show DJ Christian O’Connell and his producer, so they can look at how to use the plans in their editorial and get their own angle on them. “That way,” he says, “the sponsor gives you an early insight of key bits of content and in doing so gains an advantage over its rivals.

“If you have the inside track on what is going on, you can keep on top of that.”

This kind of closer working relationship between advertisers and radio groups is important for building trust, says Mark Barber, planning director of the RAB, now part of RadioCentre. He explains that advertisers have more control over a spot ad. But with branded content they are putting their brand into the hands of a presenter.

“It is part of radio presenting now,” he observes.

He continues: “Programmers are better at briefing presenters today and advertisers are becoming more involved, so there is more trust.”

However, some industry observers believe there is still some way to go before branded content becomes mainstream.

Mark Runacus, chief strategy officer at relationship marketing agency Hicklin Slade, says that advertisers need to budget for “a good deal of money on amplification” – this is in addition to the production costs to maximise the benefits of the content.

He adds: “Many of the radio stations are still woefully unable to provide a comprehensive multi-channel promotional package to deliver that amplification. They have websites and can extend deals into podcasting but what about data-based tools? If they get this right, then I am certain that they’ll be able to improve their margins.”

There are still some concerns though over how to measure the success of branded content campaigns and what value it actually offers the brands that use it. Runacus says the cost structure of such deals needs to be overhauled, as many deals are still being negotiated on the equivalent costs of trails and live reads. He declares: “It is unclear if there’s any value on the content coming from the advertiser.”

But it is also difficult to measure what branded content actually delivers for the advertiser. Runacus raises concerns that some brands are going into branded content deals without being clear on what they can and cannot measure.

That’s why, according to Hewat, it is important to work out what you are trying to achieve at the very beginning.

He explains: “If you know what you want from the start, you can track it. If you do it just because it is a good fit then it won’t work.”

Matt Landeman, head of radio at media agency Carat, agrees that it is important that the aims of the campaign are decided before anything else. He points out: “As long as you are clear at the start of what you are going to evaluate and what the key performance indicators are, then most clients are pretty confident.”

He adds that with smaller types of branded content such as podcasts, downloads make it easier to work out if something has been popular.

Branded content is expected to continue showing strong growth as more advertisers turn to new ways of engaging with their consumers. But Barber warns that advertisers and their agencies must see the value of spending time as well as money on developing new ideas.

“When advertisers do brief early, then all of the parties involved can work together on it,” he says. “That way, the advertiser will get so much more out of it in the long term.”

Better content
There is also agreement among the radio groups that being involved at the early stages of a brief leads to better content. Taylor says: “It turns the old saying, ‘Don’t bring me problems, bring me solutions’ on its head. With radio-branded content, it is more the other way round.

“We prefer clients to come to us with problems. Then we can find the right radio solution together.”