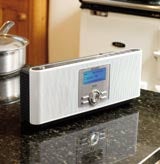 The news that the Radio Advertising Bureau (RAB) and the Commercial Radio Companies Association (CRCA) are to partially merge is seen as a positive but necessary step for a medium that has lost its sparkle with advertisers.

The plans, which were first revealed in Marketing Week (February 2), aim to help the groups promote the medium more effectively and return it to growth.

The industry has changed significantly since the RAB was set up. It did much to promote the industry in its early years, but commercial radio has now been replaced by the internet as the “sexy” medium. There has also been criticism of the focus on fighting each other for share rather than the BBC.

The single body, which is currently known as the Commercial Radio Company, will bring together the responsibilities of the CRCA, the RAB, the Radio Advertising Clearance Centre (RACC), Joint Industry Commercial Radio Information Technology (JICRIT) and Hit40UK.

The details of how the groups will work together are still under discussion but early indications suggest they will work as divisions of the umbrella organisation.

Indeed, many details of the new group are still sketchy. CRCA chief executive Paul Brown says that it is hoped that it will be operational by June, whereas Douglas McArthur, chief executive of the RAB, says the target date is September, which is the end of the two bodies’ financial years.

The crucial difference for radio operators is that there will be just one fee to pay rather than the three separate fees that are currently paid to the RAB, CRCA and RACC. It will undoubtedly be cheaper for radio companies while, in theory, offering an enhanced service and greater efficiency.

It is believed that GCap Media chief executive Ralph Bernard is the catalyst for the change. Bernard, who has just been forced to write off &£7m because of changes to the company’s ad policy, is thought to be keen to cut GCap’s contribution to industry bodies – in particular the RAB – as it accounts for 40% of the commercial radio market.

According to Rob Jones, chairman for radio content producer USP, Bernard has significant influence over the radio industry. He says: “If Ralph has made up his mind, then the other groups have no choice but to follow because they are so much smaller.”

Mike Buckley, head of radio at ZenithOptimedia, says many in the industry have questioned the existence of the RAB over recent months, and adds: “There is a view that radio sales teams should be able to promote the medium.”

A chief executive to run the body has also yet to be appointed. The two most obvious candidates are Brown and McArthur. Neither will be drawn on what their plans are, although Brown says that it will be a “proper competition”. Industry insiders believe that former RAB managing director Justin Sampson, who recently left ITV, could also be a potential candidate.

One source believes Brown is the most likely candidate. He says: “Paul would be cheaper, and has got the political connections that Douglas hasn’t.”

McArthur points out that radio is well placed to deal with new challenges such as digital convergence, but adds: “Radio has quite a few short-term challenges and it used to be clear who dealt with them. Increasingly, there have been jobs that fall between all of our remits. The rationale for having a joined-up body is self-evident.”