Digital Radio UK will represent the BBC and commercial radio as well as multiplex operator Arqiva to help the industry meet the timetable for the digital radio upgrade set out in the Digital Britain report earlier this year.

The company, which is looking to recruit a chief executive, will work with the car industry to boost take up and installation of digital radios in new vehicles as well as with digital radio manufacturers and retailers to help boost sales.

It will incorporate migration advisory body Digital Radio Delivery Group, which itself recently absorbed the Digital Radio Development Bureau and aims to become “a new consumer-facing brand that will co-ordinate and manage the expansion of the digital radio platform throughout the UK.”

Tim Davie, director of audio and music, BBC, says the launch of the company “is a clear indication that the whole radio industry is committed to securing a digital future for radio”.

DAB has been the subject of considerable debate in the last two years with many observers questioning the benefits of and radio groups’ appetite for the technology despite rising set sales and listeners.

The announcement follows the formation of the Radio Council in April, a partnership between the BBC and commercial radio that was designed to develop joint digital initiatives.

CBS Outdoor International is searching for an international chief of marketing following the announcement of Catherine Gale’s decision to leave.

Chiltern Railways is reviewing its advertising agency business despite a marketing director only just being appointed. 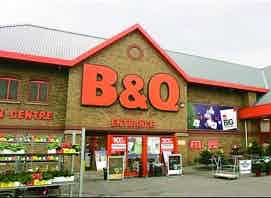 B&Q is launching the Autumn Privilege Card this weekend as part of a £25m investment in pricing campaigns.