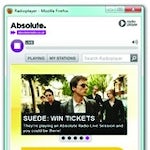 Radioplayer, nicknamed the “the radio iPlayer” is a partnership between the BBC, Global Radio, GMG Radio, RadioCentre and Absolute Radio and will feature around 200 stations.

Andrew Harrison, chairman of Radioplayer and chief executive of the RadioCentre, says the product will create “significant opportunities for the commercial radio sector,” giving advertisers further ways to advertise with stations.

A phased roll out of the player will begin in December 2010 with 50 stations, culminating in full launch in February 2011 with at least 200 stations.

An extensive online marketing campaign will support the consumer launch, which the partnerships expect will be a “multi-million user product” from the start.

Radioplayer works as a pop-up console, and includes a function to search by station, name or genre.

“It is a result of genuine collaboration across the industry and is the sort of innovation we need to make digital radio a reality” he adds.

The Radio Centre has an existing online player on its website which features commercial radio stations. 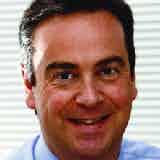 ABTA Malta: British Airways head of sales and marketing UK & Ireland Richard Tams explains the tactical marketing decisions that have helped the airline retain customer loyalty and business through a period disrupted by the volcanic ash cloud and cabin crew strikes. MW: What was the first tactic deployed to keep the business afloat after […] 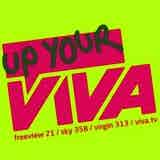 MTV has avoided censure after viewers complained ads for its Viva channel were offensive.