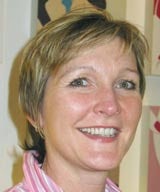 There’s a well-known Chinese proverb: “may you live in interesting times”; we are living in the most exciting times I have experienced in the radio industry.

New technology has created a wealth of station choice – allowing listeners to experience new stations such as the BBC’s 1Xtra, and EMAP’s Smash Hits!, and established stations such as Kiss and Galaxy, which had only been available in limited areas.

After years of talking about the advent of digital radio, it seems that the tipping-point has almost been reached. There are 1.3 million digital radios in use in the UK and Dixons recently announced that the sales of digital radios have outstripped analogue radios in its stores for the first time. Consumers are aware of the benefits of digital radio and are more likely to look for integrated pieces of technology which contain a digital receiver.

The boom in digital television penetration has also had a significant impact on digital radio listening, and it is the TV that has acted as digital radio’s Trojan horse, allowing it to sneak into consumers’ homes. Almost one in three adults in Britain listens to the radio via their digital TV, and once they discover the new radio stations on offer, they want to be able to listen to them in all their usual “radio places”, such as the kitchen or car.

Technology is also helping consumers to develop new “radio places”. Listening via the internet, particularly while using a PC, is becoming increasingly popular in Britain. Research published by Rajar shows that more than 14 per cent of all adults listen to the radio via the Net – making this a significant new avenue of listening. Radio’s availability on mobile phones further increases its portability and reflects the developing demand for digital radio services.

Radio has proved its place as the “must-have” medium of the moment, and the future looks bright. Why? Because the advent of digital technology, through its many platforms, has “future proofed” radio. Listeners don’t want to go back to the old days – they love their new radio services and this ensures radio’s future in a world of consumer-led innovation.

And the great news for advertisers is that in a world of media fragmentation and uncertainty, radio’s relevance for audiences is growing. Greater consumer choice means better targeted stations and this will deliver new opportunities for effective marketing communications.

At EMAP Advertising, we’re committed to finding out more about the changing nature of the relationships that listeners have with their radios and stations, a change being driven by this extension of listening platforms. After all, that’s really what digital radio is about – giving listeners more of what they want, when and how they want it.

And that’s what I find so exciting about radio – and why I’m happy to be living in interesting times.