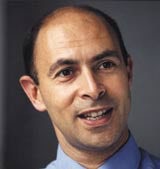 It is not unusual for smaller companies to outperform in a rising market: it is a reflection of their lower liquidity, which tends to exaggerate share price movements, and the fact that investors become braver in rising markets and are more inclined to chase speculative opportunities. In addition, the weakness of the dollar has depressed the reported profits of many larger UK-based media companies that rely on overseas markets for a significant proportion of their earnings.

However, there are also more fundamental factors at work. Many areas of media, such as newspapers, free-to-air television and recorded music, are essentially mature, and even some recent growth sectors, such as radio and consumer magazines, are showing signs of plateauing – or worse. Meanwhile, online and other digital media are taking market share with many of the smaller companies listed on AIM exposed to these higher growth areas. Part of the divergence in performance between the “senior” and “junior” markets can thus be attributed to the smaller companies’ superior organic growth prospects.

A further factor is that some of the UK’s larger media companies are active buyers of these faster-growing smaller companies. This strategy not only enables them to buy back some of the market share that they are seeing eroded from their core businesses, but also to save on development spend and capital expenditure as the acquired businesses often bring an understanding of new technologies that the larger companies have struggled to come to terms with. A case in point is Trinity Mirror’s £16.6m acquisition of Smart Media Services, the owner of smartnewhomes.com, one of the UK’s leading internet marketing portals for new-build homes. Another active new media investor is Daily Mail &amp; General Trust, whose acquisitions include Find a Property, acquired in November last year.

The UK media sector has a track record of corporate activity and 2005 is proving to be a particularly frenetic year, with the UK-based media companies that comprise the IBIS Capital Media Indices announcing 12 acquisitions in July alone. In addition to the “old” buying “new” theme is the longer-playing one of consolidation. This is particularly in evidence in marketing services, which accounted for seven of the 12 deals. Marketing services companies tend to be less technologically threatened than those in some other areas of media, a factor that has contributed to the sector being the second-best performing sub-sector in the year to date. Five marketing services companies – Creston, Deal Media Group, Delling, Felix Group and Interactive Prospect Marketing – have seen their shares rise by 20 per cent or more so far this year.

June’s best performing sub-sector, Free-to-Air TV, was July’s worst, as bid speculation was tempered by profit-taking and a view that the financial returns from a private equity bid perspective do not work, especially given ITV’s pension fund deficit.

Radio/Outdoor enjoyed some respite, largely driven by a 7.3 per cent rise in the shares of GCap Media, although the sub-sector remains the weakest in the year to date. IMD, whose core business is the digital distribution of radio advertisements, recovered some of the ground lost after its May profits warning, while music group Sanctuary also enjoyed a post-profit warning bounce. UBM’s report of solid interim results and a warm reception to the strategy laid out by new chief executive, David Levin, boosted its shares by ten per cent, while EMAP’s shares responded positively to the AGM news that it had made “an encouraging start” to the year.

There was no specific news behind the weak performances of business-to-business publishers Centaur Holdings (publisher of Marketing Week) and Incisive Media. Huntsworth suffered as a result of the announcement that its talks with Media Square about the sale of certain specialist advertising and marketing services businesses had terminated. Serial predator Huveaux responded positively to the announcement of its interim results and two acquisitions, with its 34 per cent rise making it July’s best performing UK media company. Huveaux is a publishing and media group with political, learning and professional divisions. Hemscott, the provider of financial and business information, also had a strong month, having announced that trading in the year to date was ahead of forecasts.

David Forster is a director of IBIS Capital. He was previously at Schroeder Salomonmith Barney, where he was responsible for global media equity research. david.forster@ibiscapital.co.uk

IBIS Capital is a corporate finance advisory and investment business focused on the media sector. The IBIS Capital Media Indices are a set of proprietary analytical tools developed to monitor the UK media industry from the perspective of the share price performance of publicly listed companies.

The indices group companies with similar business models into sub-indices. Over time, significant variations in sub-sectors’ performances can be seen. The indices also include a split between media companies fully listed on the London Stock Exchange and those listed on the Alternative Investment Market (AIM). The junior market, with its less stringent listing requirements, has been enjoying a relative boom in investor interest, and many media companies have listed on it. However, fashions change, and when the AIM does suffer a setback, its lack of liquidity relative to the LSE means it is likely to underperform the senior market. The IBIS indices will highlight the relative performance of the two markets and may give an early indication of a change of direction.

As well as being of interest to those concerned with the performance of the UK’s media industry and its sub-sectors, the indices are useful to directors considering a flotation of their own company, or for anyone else considering the purchase or sale of a media company or shares.

The indices monitor all UK media companies listed on the London Stock Exchange and on the AIM with a market capitalisation over £10m. Some companies are included that are listed overseas or have split listings.

The indices are based on the market capitalisation of each constituent company but, in common with the practices of other recognised stock market indices, they make various adjustments.

Factors taken into consideration in the compilation of the indices include: changes in the share prices and number of issued shares of the constituent companies and the number of shares in free float. The effect of initial public offerings, bringing new companies into the indices, and of mergers and acquisitions, which may take companies out of the indices or create new companies, are also considered.