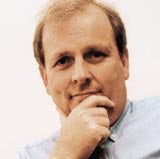 The Wireless Group chairman and chief executive Kelvin MacKenzie is threatening to sue radio listenership body Rajar over its decision not to adopt electronic meters for audience measurement after 15 months of research.

The Wireless Group, which launched an electronic measurement survey using a Radiocontrol wristwatch in February, in partnership with research company GfK Media, claims Rajar’s decision will damage its business and “cost it a fortune”. The group is in talks with its lawyers.

Rajar started tests on two systems – the wristwatch and the Arbitron Portable People Meter – in January 2002 but carried out field tests on the systems between September 2002 and March this year. Its board, which represents BBC Radio, the Commercial Radio Companies Association (CRCA), and advertising industry bodies, is concerned that tests did not provide consistent results.

It was also concerned that the wristwatch failed to distinguish between broadcasting platforms such as AM and FM if programming is simulcast, and that the Arbitron system would be very expensive because it needs a panel system to operate. Both companies have been told of the decision and are looking into solutions.

MacKenzie is angry at Rajar’s decision not to publish the results of the tests or the criteria that Rajar says the meters failed to meet. He describes it as “a disgraceful decision, made by the vested interests behind closed doors”.

The GfK report shows that TalkSport has an audience of 8 million compared with the 2.2 million that Rajar reported for the first quarter of 2003.