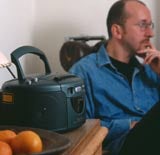 Nigel Reeve’s criticism of Rajar (MW March 14) fundamentally misrepresents its role and its relationship with the radio industry.

He argues that radio brands with niche audiences are under-represented by Rajar, which only “promotes” all-adult listening figures. But his assertion that he has “not seen a single reference to small stations’ performance within their defined target markets” is an indictment of his own company’s PR department. Rajar publishes a press release each quarter that includes all-adult data – the rest is up to the stations themselves.

It is not up to Rajar to promote stations according to their target audiences (which, as anyone who has ever worked in programming knows, tend to be redefined according to the whim of the music market). Rajar’s job is to provide a reliable source of data that can form the basis of negotiation. The stations themselves need to use that data to maximise their appeal.

If they have not discovered it already, Reeve’s sales team should look at the Rajar website, where there are tools to rank stations in any area of the UK by a vast array of different audiences. I am sure it will find effective arguments to support its stations there – but it is up to them to promote those arguments to the agencies.

Reeve asks: “The time is ripe for review. The question is: who will make it happen?” Yet Rajar’s single defining role is to keep the industry currency under constant review. Rajar is constantly updating its methods to improve the use of data beyond the blunt all-adult numbers.

It will soon be possible to plan on Rajar against the same lifestage sets used on BARB and new techniques are being tested to overcome the industry-wide problem of low response rates in younger age groups and ethnic minority audiences?

These changes are driven by those with an interest in the medium – which should include all the pure radio players, irrespective of size. Reeve’s complaints reflect poorly on his knowledge and use of these advances, and do nothing but reinforce perceptions that radio is still an all-adult medium.