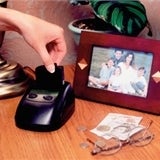 Radio audience measurement body Rajar has finally shown its hand over what research methods it plans to use in the future, and its steady approach to change has received a broadly positive response from advertisers and the industry.

The group’s decision to pilot the Arbitron Portable People Meter in conjunction with BARB effectively delays the introduction of electronic audience measurement for a further two years.

That is likely to disappoint both media agencies and senior management at radio groups, many of whom have spoken out about the volatility of the diary system. To counter these concerns, Rajar has overhauled the core survey, and will improve sampling sizes and efficiency. It has signed a new contract with Ipsos MORI to handle the improved diary but has also brought in RSMB Audience Research, which will be responsible for sampling, weighting, processing and overall quality control. The three contracts, which are thought to cost Rajar an extra &£3m, will begin at the start of 2007.

MindShare head of radio Howard Bareham describes Rajar’s decision as “the safe route” and adds: “The world was expecting electronic measurement and, while that might be nice, Rajar has made it clear that the technology does not exist and the cost is prohibitive.”

Rajar has said it cannot make a definitive move on electronic measurement because the technology and software needed to produce robust data is not available. There are also concerns about the high cost of implementing it, but one industry insider asks: “If the technology isn’t there then what have we been waiting for?”

Incorporated Society of British Advertisers director of media and advertising Bob Wootton says there is an expectation that Rajar should “magic” something up. He adds that Kelvin MacKenzie, who carried out his own trials on a different device – the RadioControl Wristwatch – also raised expectations that the technology was more advanced than it is.

Wootton, who is a member of the Rajar board, acknowledges: “The paper diary is a frustration, but Rajar is right not to rip it up if there is nothing to go to. This is a desirable mid-point.”

It is hoped the improved survey will placate any doubters and avoid another industry figure taking up the electronic measurement cause. The new survey will now break down listening across analogue, digital audio broadcasting, digital television listening and the internet. The UK radio market will be the first to offer this level of detail.

But, crucially, there will be changes to the sampling. The “radio map” used for sampling will be simplified to make sample sizes more effective. It should reduce the volatility of the results and allow the data to be delivered more quickly.

The trial of the Arbitron device, which is considered to be the most mature of all the meters tested, aims to give Rajar and BARB a better understanding of electronic measurement and how it will affect the data that is collected. For example, it is thought that data from electronic devices gives stations increased reach figures but also shows a decrease in hours of listening.

Wootton points out that this “rewrites the received wisdom about radio” and that any move would lead to a significant change in the way media agencies sell radio to advertisers: “This is not moving from an old system to a new one because the results are just so different.”

Rajar’s decision, which is endorsed by the BBC, may be positive at this point, but two years is a long time in media and, depending on the outcome of this latest round of tests, its steady approach may test the radio industry’s patience.