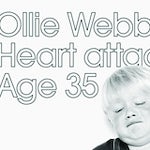 The ’Kids on Track’ promotion for NHS Birmingham East and North launches today (13 September) and consists of a four-week poster campaign, a website and a series of healthy-eating workshops.

The Rankin photographs, which feature young children with captions such as “Ollie Webb, Heart Attack Age 35”, will appear on six-sheet posters which will direct the viewer to the campaign website.

Kids on Track aims to educate parents on the correct portion sizes to feed their children and hopes to encourage them to take more control over their children’s eating habits.

Earlier this year the Department of Health announced it was to hand some of the responsibility for its national anti-obesity initiative Change4Life to corporate partners in order to look at ways to meet its commitment to slash marketing spend.

At the time, health secretary Andrew Lansley said he favoured a new approach “less paid for by government, more backed by business, less about costly advertising, more about supporting family and individual responses”.

Rankin gave his time for free. The campaign was created by Dr Foster Intelligence.

It’s mid-September, the leaves are turning brown, the swallows are heading south and a marketer’s thoughts turn to brand valuation. That’s because this is the week that the most famous document in branding is published. It is always fascinating to see which brands have gained and lost equity over the past12 months according to Interbrand’s […]

Yahoo has announced that James Wildman will become MD and VP of sales for the UK and Ireland at the beginning of next year. 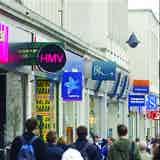