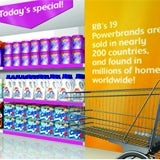 The launches include a range of Strepsils for children over the age of six, Durex Perormax Intense and Dettol Healthy Touch moisturising hand sanitiser and Dettol High Performance soap and shower gels.

RB currently has 19 power brands – including Dettol, Vanish and Cillit Bang – that are sold in 200 countries. The group of brands accounted for about 70% of revenues in 2010, the company says.

The figures exclude the acquisition of Durex owner SSL, but Bart Becht, the CEO of RB, says the integration of the firm is fully on track and that the company is well position to achieve full year targets.

During the period, RB increased its spend on advertising and media by +12% accounting for 11.5% of revenue.

Becht, who will step down in September, says: “Benckiser delivered strong first half results. Growth in the base business was driven in particular by an excellent result in developing markets, and was boosted by innovations such as the continued roll out of the Dettol No Touch Hand Soap System into new markets, as well as a significant level of investment in media and promotional spend.” 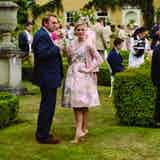 Diageo is to reposition its flagship gin brand Gordon’s as the “best possible start to the evening”.

I totally disagree with Mark Ritson (MW last week). Good design appeals to women of all ages just look at Diane von Furstenberg, whose designs are loved by all women who can afford to buy them. Older women are not necessarily spending less and at the top end of the market, although those hit by […] 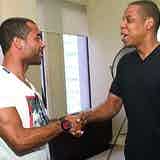