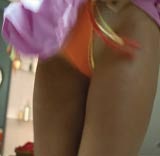 Reckitt Benckiser (RB) is to launch a female shaving line under its Veet brand next year, to compete against recent innovations by industry giants Gillette and Wilkinson Sword.

Known as Veet Bladeless Razor, the product is a sharp plastic blade that shaves when used with a specially formulated depilatory lather. The launch will be backed by a TV advertising campaign worth about &£3m. Veet’s advertising is through J Walter Thompson, with media handled by All Response Media.

According to industry sources, RB claims the system works in three minutes – rather than the ten minutes taken by existing depilatory creams – and the hair loss will last twice as long as normal shaving. The advertising is expected to focus on these advantages.

RB will introduce Veet Bladeless Razor at the same time as it relaunches its Veet wax and hair-removing strips, which will be improved and given new variants next year. Veet, which was known as Immac until its rebranding last year, is one of RB’s so-called “powerbrands”.

The launch comes at the same time as Gillette is extending its Sensor 3 disposable razor with a range for women, while Wilkinson Sword is to launch Intuition, a razor for women that lathers and shaves in a single process (MW May 22).

Advertisers and consumers, who are increasingly embracing digital TV, are being let down by an ad industry unaware of its failings, says Agostino Di Falco

Lever FabergÃ© is to boost its presence in the haircare market next year with a host of new products under its Sunsilk and Dove brands.