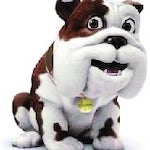 RBS has indicated previously it would prefer to float its insurance arm, which includes popular brands Churchill and Direct Line. But the group reportedly launched a “beauty parade” for advisers last week to review the option of a sale, according to a source.

Speculation suggested that Warren Buffett’s Berkshire Hathaway and US group Allstate Corp may be interested in making a bid.

RBS, which is 83% backed by the taxpayer, has to offload the car and home insurance operation by the end of 2012 under European Union rules on accepting government aid. However, selling a company of Direct Line’s size could take 18 months of groundwork.

Last week, RBS announced that it would sell half of its insurance offices. The unit also recently reported a £253m loss, compared with a profit of £217m in the first half of last year and a £66m profit for the whole of 2009. The vehicle insurance business has been suffering a large amount of claims at the hands of the rising incidence of no-win-no-fee cases.

Last week, RBS announced that it was to end its sponsorship of The Open golf championship after nine years. However, the bank maintained that its involvement with sports would continue going forward. No replacement sponsor has been found yet.