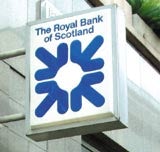 The Royal Bank of Scotland (RBS) has poached Procter &amp; Gamble babycare brand chief David Jones to lead the marketing for its non-high street brands, including Lombard, Churchill and Direct Line. It is thought that he was lured by a huge remuneration package, rumoured to be worth up to &£200,000.

Jones, who will be commercial marketing director at the bank, will report to Phillippa Dickson, managing director for the own-brand division. Jones’s appointment is believed to be part of a wider restructure of the RBS’s marketing department.

Jones will oversee marketing activities for RBS brands apart from NatWest and RBS high street chains, which are handled by the managing director for strategy and marketing, former Argos marketing chief Paul Geddes.

One source says Geddes has also kicked off a review of his side of the business, with a search for four separate brand and product directors to report to him. Geddes joined RBS in January last year (MW January 15, 2004).

Procter &amp; Gamble has not yet chosen a replacement for Jones, who will remain as brand director for babycare until the end of March. Jones was promoted to the Pampers team from European brand manager for Pringles last year.

During his time overseeing the Pampers and Kandoo brands, Jones has been responsible for the first nappy advertising targeting fathers (MW July 29, 2004) as well as the launch of foaming babycare handwash and wash-mittens, due later this month.