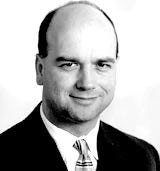 Smith has left RBS-owned NatWest to join Capital One, where he becomes vice-president and head of European brand. He will report to vice-president of worldwide brand management Bill McDonald.

Capital One has created the job to put greater emphasis on branding. UK head of marketing Christine Fullerton, who now reports to Smith, previously oversaw the work.

Former RBS retail banking director Ian Henderson has been appointed retail marketing director and will be responsible for marketing NatWest and RBS.

Brand directors will be responsible for business, product and communications development – areas previously covered by Smith and Henderson in their old roles.

Asda is extending its cosmetics range to compete head on with Boots and Superdrug. Asda will roll out its newly designed cosmetics departments nationally over the next couple of weeks. The new units, designed by Coutts Design, have been tested over the past year. Asda has struck deals with established brands, including Maybelline and Rimmel, […]

ITV has joined forces with the Meteorological Office to create itv-weather.co.uk. The site will feature regional forecasts for 13 key areas across the UK and five-day forecasts for the UK and Europe. There will also be a section giving weather outlooks for key sports events, such as the Formula One fixture – a major ITV […]