The logo, see above, has been in development for more than a year and has been informed by consultation with RBS staff and focus groups on what they want the logo to say about the brand.

It is hoped the different typeface used for Williams and Glyn will represent the old, the brand name is more than 250-years-old, and its rebirth after 30 years away from the high street. The ampersand signifies partnership – between the bank and its customers and the titular partners of the original bank.

An RBS spokesman says: “Creating a distinct Williams & Glyn brand is an important part of preparing the business for separation from RBS, and we continue to be guided by the views of our customers and employees as we develop that brand.”

The logo has been registered for trademark with the Intellectual Property Office in colour and mono.

Williams & Glyn, which is not expected to launch until 2015 at the earliest, will have 314 branches and have about 1.7 million customers making it one of the UK’s biggest high street banks. Its launch is a condition of the state aid received by RBS during the 2008/09 financial crisis, which forced the banking group to divest 308 branches.

In September it was announced RBS had agreed a deal with financiers Corsair Capital and Centerbridge Partners that saw it receive £600m ahead of its IPO.

The logo is the first stage in developing a marketing strategy for the bank. RBS is understood to be seeking a marketing communications agency to help it further develop branding for what RBS has previously said will be a “customer-focussed challenger bank”.

Last year, Lloyds Banking Group relaunched TSB, which will also be divested and floated on the stock exchange as a condition of Lloyds being bailed out by the Government. 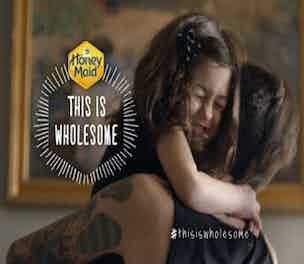 Cadbury owner Mondelez’s vice president of global media and consumer engagement Bonin Bough has said brands are “fooling themselves” into believing they are content companies.