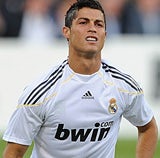 The Spanish club has retained its position at the top of Deloitte’s “Football Money League” for the fifth straight year with revenues of €401.4m (£341.9m) in the 2008/09 season.

Real Madrid’s coffers were boosted by an improved television contract with Mediapro believed to be worth €1.1bn (£900m) over seven years. Barcelona’s revenues were boosted by on-field success. The club won the 2008/09 Spanish League as well as the Champions League trophy.

United, along with all other English clubs, were hit by the weakness of the pound against the Euro.

Despite the ascendancy of the two Spanish clubs and the financial difficulties faced by some English clubs, Premier League teams accounted for four of the top ten biggest revenue generators.

“Their large and loyal supporter bases, ability to drive broadcast audiences, and continuing attraction to corporate partners, provide a strong base to underpin revenues,” he says.