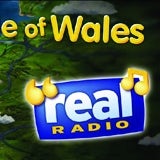 A television advertising campaign launches 4 January through to February on Wales’ national TV station HTV and features a 30 second ad followed by a 10 second ad per ad break.

The TV creative will be supported by a bus-back campaign and widespread direct mail.

The campaign was created by retained agency Clear Marketing Communications.

Real Radio is already the Wales’ biggest radio station with 434,00 listeners each week and is owned by GMG Radio, which also owns Smooth Radio and Rock Radio.