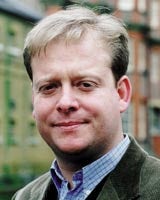 24/7 Media Europe, which closed in September, had been operating independently of its US parent and sourcing some technologies locally, so many of the systems Real will offer have not been brought to the UK before, says Real UK managing director Tim Brown. Real Media’s existing products include its ad serving technology, Open AdStream; the campaign management tool Open Advertiser; and a rich media ad format called adPointer.

Aside from extending the product range, the merger should bring little change to the UK business. Brown says: “This deal gives us financial stability until the end of next year. Other than that it’s business as usual.”

Although Real Media UK, which has 42 staff, has made a “minimal” number of job cuts in its ad sales division, these are not directly linked to the merger, says Brown: “We were having to downsize anyway on the ad sales side.”

24/7 Media cut off funding to its European arm in August and the venture was forced to close the following month with 30 job losses after a potential investor pulled out. The merger offers 24/7 a route back into Europe.

Real Media’s clients in the UK include Online Travel Corporation, Jamjar.com and Workthing.com.