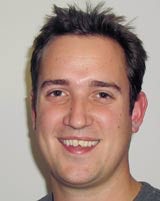 Red Bull marketing director Franz Bruckner is to return to the company’s Austrian headquarters. His assistant, marketing manager Guy Carling, will take up his post.

It not known what Bruckner’s new position in Austria will be.

Carling joined the company through its student recruitment scheme. Carling’s new position as marketing director includes a place on the UK board. He will report to managing director Harry Drnec.

Bruckner was appointed chief of the UK marketing team in October 2001. He was previously international product manager, based at Red Bull headquarters (MW October 2, 2001). He replaced Daniel Schwalb, who moved to work for the company in the US.

Red Bull spent £7m on advertising in the year to September (Nielsen Media Research). The company unveiled a new animated TV campaign by Kastner &amp; Partners in August that continued the “Red Bull gives you wings” theme, and is running an outdoor campaign to support Red Bull Sugar Free, which it launched in January.

The rate of growth in the functional energy market has slowed down after accelerating in the wake of Red Bull’s launch. However, new entrants continue to appear. Austrian brand Bomba Energy, which is packaged in grenade-shaped bottles, is the latest contender to arrive in the UK.

Red Bull is introducing a ten-unit “fridge pack” in multiple grocers over the Christmas period.

Vallance Carruthers Coleman Priest has created a press ad for London talk-radio station, LBC 97.3 FM that satirises George Bush’s state visit to the capital this week. It uses the strapline ‘Bush excited to meet Queen. He’s got all their albums.’ It will run in the Metro and Evening Standard on November 19.

Iceland is launching a free customer magazine, to be published quarterly.

It seems that Barclays group chief executive Matt Barrett’s method of promoting a product by telling everyone how awful it is is catching on. The agency charged with promoting Leicester and Leicestershire has devised a series of “challenging” posters, designed to instil local pride in residents of the city that Americans just can’t pronounce. According […]