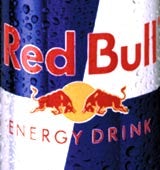 Red Bull, the UK’s biggest selling energy drink, is facing a European embargo that could destroy exports to the Continent after the Norwegian government classed it as a medicine and banned sales in retail outlets.

The decision was taken because Red Bull exceeds the country’s 150mg-caffeine limit. Coffee, which also exceeds the limit, is exempt on “traditional grounds”.

Red Bull already faces similar problems in France and is fighting a legal battle in the European Court of Justice. In Denmark the drink is being opposed because of its use of aluminium cans.

Other countries that have raised concerns about Red Bull include Hungary, Germany and Italy.

Drnec says: “In January the Advertising Standards Authority said Red Bull didn’t work but now the Norwegian government is saying it’s so strong they’ve classed it as a medicine.

“What’s all the fuss about? Red Bull is the same strength as an average cup of filter coffee”.

Despite the controversy, Red Bull has been a major success story since its launch. It has 70 per cent of the energy drinks market in the UK and sells 1 billion units a year in 30 countries.

Private borrowing continues to grow, thanks to low interest rates and high prosperity. Yet, despite the proliferation of providers, banks are holding firm.