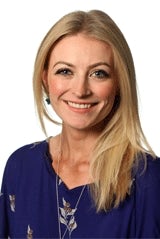 This weekend saw the pinnacle of its publicity achievements with the Red Bull Stratos project when Felix Baumgartner became the first skydiver to break the speed of sound as he jumped from more than 24 miles above the earth.

This little piece of branded content was watched live simultaneously by more than 8 million people on Red Bull’s YouTube channel. That means Red Bull Stratos beat even the inauguration of President Obama in 2009, the previous world record with 7 million simultaneous views, according to Akamai Technologies.

Red Bull Stratos was apparently the end result of a 15-year partnership with skydiver Baumgartner. It seems an extraordinary long-term marketing effort for a brand when it only really has one product, after all, which is an incredibly sweet drink containing sugar, caffeine and taurine.

But Red Bull isn’t worried about running ads pointing you to supermarket shelves. It spends a fraction of its marketing time on the product and the rest on building up the myth.

I’m not saying it doesn’t do product marketing, as its energy-enhancing product attributes and strapline are well known – “Red Bull gives you wings”. But it has taken the idea of “giving you wings” far beyond the product itself and translated it across almost every hipster lifestyle possible.

For sports fans, it owns racing teams or associates itself with cool or edgy sports – biking, skating and freerunning. For creative types, there is Red Bull Records, the Red Bull Music Academy or Red Bull Studios. It even runs its own hilarious contest that mixes sport and creativity – Red Bull Flugtag – which is about making homemade flying machines.

Red Bull doesn’t just sponsor things, it gets in and creates them from scratch. Baumgartner’s stunt could have gone badly wrong but that was part of the thrill.

As a privately owned brand, it rarely reveals its financials, but Red Bull reportedly sells around 4.5 billion cans per year. Whether it’s because consumers feel drinking it makes them cool too, or simply that it’s the energy brand with the highest profile, those billions of cans add up to a healthy business.

This weekend, Red Bull managed to garner more interest online than the presidential inauguration of one of the world’s most powerful nations. Edgy escapism rules OK. I’m not sure what this says about the state of the world, but no doubt its marketing team is celebrating with more than a few cans. 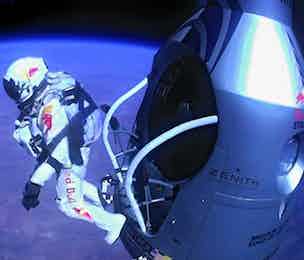