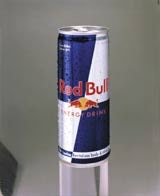 Energy drinks company Red Bull is launching LunAqua, a water that will only be bottled “under the glare of the full moon”.

LunAqua Pure Element and LunAqua Dynamic – which will contain a caffeine boost equivalent to a can of cola – will be bottled 13 times a year.

A source says: “It is hoped the gimmick will generate a cult status for the brand in nightclubs and bars. This will be a low-key launch.”

The product will be launched in Austria first. Export details have yet to be decided, but it is understood that if the product is a success it could be launched in the UK and across the rest of Europe.

No one at Red Bull was available for comment on the launch as Marketing Week went to press.

Sales of Red Bull across the globe are over 1 billion units. In the UK it has about 70 per cent of the energy drinks market. Rivals include Coca-Cola’s Burn.

Red Bull says there is “no proof” that its energy drink caused the death of three young adults in Sweden, as reported in the Swedish press. A spokesman urged the Swedish government to act swiftly to investigate the matter.

Summertime, and the living is easy far too easy in adland, it appears. While the Diary was enjoying a quiet drink in a Soho pub, a direct marketing agency team stormed in to shake things up. Fresh from their success in bagging a large part of the Prudential’s below-the-line business, a team of creatives from […]

Virgin Energy is to be consolidated into London Electricity after LE bought a 75 per cent controlling stake in Sir Richard Branson’s energy company this week. The move leaves a question mark over the future role of Virgin Energy managing director Jon Kinsey. LE had owned 25 per cent of the company, but Virgin Energy […]

Far be it from the Diary to admit defeat, but we hold our hands up to KP for turning its Hoopy McHula into a success. We were certain the crisp packet glove puppet, which stars in the Publicis-created Hoola Hoop ads and was launched with a whopping £14m media spend last year, would go down […]