According to reports, the group has been put off by the £1.5bn that current owners the Glazer family are said to want for the club. The Knights are believed to value the club at between £950m and £1bn.

The Glazer family said as recently as last week that the club was not for sale, an announcement dismissed at the time by the Manchester United Supporters Trust (Must) as “spin coming out through the Glazers’ PR machine”.

Must, which is backing the Red Knights’ bid, is angry over the £700m debts the Glazer family has saddled the club with.

It has just completed a season-long campaign, using the strapline “Love United, Hate Glazer”, to pressure the US-based owners into quitting.

The fans’ group also recently called on the club’s sponsors to “choose sides” and back its efforts to remove the Glazers.

It is planning a summer radio, press and digital campaign to maintain the momentum of the campaign through the close season.

By tailoring their marketing to lifestyle preferences and enhancing service levels in line with the target market, clothing retailers can expand their sales potential. 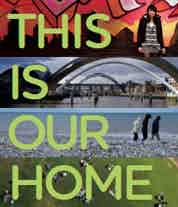