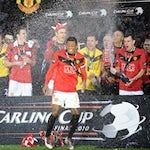 According to one report, the group says that up to 60 investors have pledged up to £1.5bn in support, although another report puts the amount offered so far at £500m.

The group of “high net worth individuals” confirmed its intentions on Tuesday. The group is thought to include deputy chairman worldwide at Saatchi and Saatchi Richard Hytner, Jim O’Neill, chief economist of investment bank Goldman Sachs and Mark Rawlinson, a partner in law firm Freshfields’ corporate practice.

The Red Knights’ plans have galvanised the anti-Glazer feeling among Manchester United supporters. It is understood the Manchester United Supporters’ Trust, which is angry at the debts the Glazer family has saddled the club with, has seen its membership double to 110,000 in the past two days.

The group will consider the pledges of financial support today, according to reports, with offers of money said to have come from Manchester United supporters around the world.

The Glazers are understood to value the club at £1.5bn but it is thought that they would accept an offer of £1.2bn to end their controversial ownership of the club.

The Red Knights’ plans attracted criticism from Manchester United chief executive David Gill earlier this week. Gill says that the multi-ownership structure proposed by the group would not work in practice.

Manchester United is one of the most attractive sports clubs in the world to sponsors because of its global fanbase. United signed an £80m four-year deal with American insurer Aon last summer and has also signed agreements with Hi Seoul, Hublot watches and Betfair in the past twelve months.

It also recently signed a three and a half year deal with Turkish Airlines.