Car manufacturers are intent on making potential customers see red – the red of the interactive button on their television screens. Following initially tentative forays into interactive advertising, car advertisers are now beginning to plough sizeable marketing budgets into the nascent format: the automotive sector now accounts for 40 per cent of all interactive advertising.

Sky is running 11 different interactive campaigns for car manufacturers this month, and says that half of its car advertising is now interactive. However, Sky’s monopoly on interactive advertising has been broken. Zip Television, the rival interactive host that went live two weeks ago with an interactive ad for Honda, is airing on Channel 4.

Zip is a consortium that includes BT, COI Communications, Gillette, Orange, Procter &amp; Gamble, Unilever, and Woolworths as well as Honda. The consortium has yet to sign contracts with broadcasters other than C4, but expects agreements to be reached soon. Honda is forcing the issue by insisting that its ads will only be hosted by Zip – meaning its advertising will be restricted to broadcasters that allow customers to jump to Zip.

Sky Media is now making conciliatory noises, and head of interactive services Robert Leach expects legal and commercial agreements to be ironed out so that digital viewers will be able to see interactive ads using bandwidth from either Zip or Sky.

As a sop to its car advertisers, Sky last week launched New Cars, a feature that allows viewers to access interactive car ads via the main Sky Active menu at any point over the duration of the campaign, rather than simply when a linear car ad is being shown (MW last week).

Honda, more than any other car manufacturer, has nailed its colours to the interactive TV (iTV) mast. “It is our ambition that every ad we make will be interactive,” says head of marketing Simon Thompson. He holds that iTV ads allow consumers to have a much longer and more involved experience with the brand than the traditional 30-second spot, and says the strategy has produced Honda’s most cost-effective advertising.

Honda will soon begin trials of a system that allows viewers of its iTV ads to press the red button and get straight through to someone working at a dealership (MW May 6). Technical hurdles mean the facility will be available initially only to cable viewers.

Other car manufacturers also claim that iTV advertising has proved effective. Jaguar says of its recent X-Type campaign that 476,000 adults pressed the red button, spending an average of four minutes viewing the interactive content (also known as dedicated advertiser location (DAL)). Figures suggest that 32 per cent of ABC1 men who saw the campaign interacted with it.

Leach says the need for accountability is driving a small yet steady shift of marketing spend away from lavish TV ads and into below-the-line initiatives. He says iTV is the way to make TV more accountable.

Yet there is as yet no technological means of tracking how often viewers press red. Although clicks on the internet can be monitored, the technology is simply not available for iTV. Only once a viewer interacts with the direct-response element, by entering their details, can responses be technologically collated.

However, both Zip and Sky offer an array of research options, some through third parties, to allow advertisers to assess the effectiveness and impact of their interactive advertising in the same way as they can with non-interactive advertising. And at the beginning of next year, Sky will launch SkyView, with a measurement panel of 20,000, allowing for more detailed analysis, including of how many times the red button is pressed. 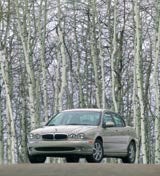 “iTV is still in its infancy and the majority of people who are interested tend to be relatively young,” says BJK&E head of TV Andy Benningfield. BJK&E is media agency for Mercedes, whose luxury cars have historically been aimed at wealthier and more mature customers – suggesting iTV might not be the perfect fit – but Benningfield says: “Mercedes is being positioned for a slightly younger market, and the interactive ad is designed to attract people to the brand.” He also points out that “those who do interact are likely to generate richer leads.”

BMW, meanwhile, dipped its toe in the water with a simple interactive ad for the new 5 series last year. It is now supporting the launch of the 1 series with extensive iTV advertising. “Interactivity is something that consumers now expect,” says BMW GB advertising manager Suzanne Gray.

Gray welcomes the arrival of the format and says: “It is here to stay. We want brand engagement and also sales, and iTV allows both at once.” However, she remains unconvinced by Sky’s New Cars feature, worried that it will be hampered by a lack of consumer awareness. She says BMW considered using banner advertising to raise awareness of the feature, but concluded the benefits of the additional advertising did not outweigh the cost.

While the automotive sector has traditionally been the heaviest TV advertiser, its adoption of iTV is not solely attributable to its deep pockets. Leach points out that consumers are intrinsically more disposed to react favourably towards car marketing than, for instance, a mailer from a credit card company. The sector has swathes of the consumer press dedicated to it and there is an “anorak” element among consumers, who collect car marketing materials in a way that marketers from other sectors can only dream about.

Leisurely purchase cycles by consumers who want considerable amounts of data also contribute to the automotive sector’s early adoption of iTV. Following from this, Leach says another potential iTV growth area is holidays, and that financial services are also big interactive spenders, though the advertising is so far restrained to simple direct-response type interactivity.

Developing appropriate content for interactive ads is a challenge that Zip managing director Andrew Howells admits creative agencies are yet to fully meet. Honda offers interactive viewers a behind-the-scenes view of the Motor Show and an interview with BAR Honda Formula One driver Jenson Button, while Mercedes has a mini-documentary about the making of its Clouds ad, created by Campbell Doyle Dye.

Sky has a policy of allowing interactive ads only at the end of a break, so as not to eclipse any conventional ads being shown, while C4 allows interactive ads throughout the break. But whether or not car ads conflict with other ads or editorial, it looks increasingly likely that “pressing red” will become as much a staple of car-buying as the family expedition to the dealer.

Many companies are investing huge sums in CRM, but are still getting it badly wrong as an over-reliance on technology offering solutions to human problems is alienating customers. By John Stones

Scottish & Newcastle (S&N) international marketing director Alex Nicol’s role has been axed as part of a wider management restructure. Nicol has moved on to a new job at Scottish whisky company Whyte & Mackay as its chief operating officer.

As hot-off-the-press results from the Interactive Advertising Bureau show, online is the real Cinderella of the marketing spend recovery story. Annual expenditure growth, at 80 per cent, was well above estimates. It’s a picture comprehensively confirmed by the IPA’s Bellwether Report, out this week. It notes that for the ninth quarter in a row, the […]