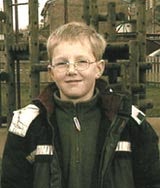 The company beat several undisclosed agencies to the account, as well as incumbent ARM Direct, in a pitch that lasted five months.

The company has been carrying out market research parallel to the pitch, in order to understand better the public’s perception of the claims industry.

This month, it announced that full-year losses to the end of March are expected to be £22m, compared with £20.2m the previous year, with some of this loss blamed on the time taken to implement new business strategy.

Claims Direct head of marketing and public relations Beth Powell says: “Claims Direct wants to bring some clarity and sense to the market. It has taken time out to ensure that it understands what the public wants. Changes to the way claims are processed and funded have already been implemented.”

In January, the company appointed AMS Direct to its media buying and planning account, following a review that included incumbent ARM Media.

Last year, the company, along with others in the personal claims industry came under fire for offering “no win, no fee” policies, which often result in claimants receiving little compensation because of high insurance costs.