More service-led companies are using voucher schemes to partner with trusted retail brands and share the benefits of increased sales and prestige.

Money-off vouchers have been around since brands were invented, but when two brands get together to offer deals in partnership, the benefits for both can be considerable. And in this culture of consumer discounting, it also means the shopper can gain exposure to a brand they might not have considered before.

The idea behind these partnerships is simple – greater numbers of customers for both parties, plus new awareness among a key target market for the ’destination’ brand, while rewarding loyal customers and encouraging new or lapsed customers back to the brand.

At the same time, well over a third (38%) of the British shopping public bought a gift card or voucher last year, according to the UK Gift Card and Voucher Association (UKGCVA), and that number rises to almost half (44%) of women.

It’s no surprise then that brands – particularly intangible service brands operating in highly competitive sectors – want to tap into this market and partner with a retail brand.

He explains that partnerships to offer gift vouchers rather than money-off ’coupons’ are relatively rare because the larger national chains, usually retail brands, that issue such vouchers have “big brands to protect”.

He adds, however, that given the right deal, retailers will take up the chance because they can reap significant rewards. “If you’re the issuer, one successful campaign could be a real game changer – the rewards in sales and extra exposure can be huge.”

Making sure the benefits to both brands are clear and agreed early on is important, according to News International’s partnerships and loyalty director Suzi Watford. She says an “imbalance” in the value of what each partner brings to a partnership can be recognised at the start and steps taken to make a deal “more palatable to both parties”.

Watford says there has been a rise in competition from the likes of Facebook since the days of mass take-up of newspaper offers on items such as Eurostar tickets. But she argues that the creation of newspaper membership clubs such as Times+, which she claims was the first to offer brands access to very active, engaged ABC1 consumers, means her team still has the negotiating edge.

Who pays for what?

Media brands have been teaming up with businesses for years to offer money-off vouchers for restaurant meals, holiday packages or free gifts such as CDs and books.

Johnson at the UKGCVA says the brand partners should ensure the cost of the vouchers are built into deal. Previously the cost of the “free” voucher for the product or service being claimed by the consumer would have been paid for by a partner brand to a media owner, but this may not be the case in brand partnership.

For example, Orange negotiates a financial deal with all the big cinema brands for its 2-for-1 on Wednesday cinema vouchers it gives subscribers, a deal that has run for the past 10 years. Both Orange and the cinema chains benefit from this partnership.

The deal has contributed to a good year for Cineworld, converting Wednesday nights into a close third to Friday and Saturday night in terms of bums on cinema seats, according to Cineworld marketing manager Bobbie Andrews.

“Cineworld has just completed a record year, and a large part of that is down to Orange,” he says. “Orange decided to invest in film as a retention tool and it has really worked for it – it now really owns that space,” he explains, adding that terms for the next two years have recently been agreed.

Orange added Pizza Express to its 2-for-1 voucher deal in 2009, helping the restaurant chain sit at the top of the YouGov BrandIndex for the eating and drinking sector, with particularly high ratings from customers for “quality” and a brand that people would “recommend to a friend”.

Pizza Express’s own research shows that customers who redeem the offer feel positive about the brand, according to head of brand activation Rebecca Farrer. “Nearly 80% of our customers agree that such offers show that we care about them and are trying to help them during these tougher times,” she says.

Farrer says it is important such a partnership is underpinned by “an open and honest” approach. “Both brands share upcoming plans and look for opportunities to expand and develop the partnership,” she says.

Having a direct working relationship is important to Pizza Express, but some brands have welcomed the rise in third-party companies that act as middleman to offload risk. One such business, Filmology, was created to negotiate free cinema ticket deals on behalf of cinema brands.

By taking on the upfront payment to cinemas, the club allows brands with smaller promotional budgets to do the kind of on-pack promotional offers only previously available to the likes of McDonald’s.

Cineworld’s Andrews describes one such promotion between the cinema chain and Tilda Rice. “We attract 50% of the Bollywood [film watching] market, so this promotion was a really smart move for both brands, and Filmology gave Tilda the upfront scale it needed,” he says.

Such deals obviously only work if the brands complement each other in the consumer’s eyes, says Pizza Express’s Farrer. “Like-minded brands and a good brand fit in the customer’s mind is essential – and it must be something that offers experience and added value for the customer, not just a money-off coupon,” she adds.

The next wave of competition could come from the likes of Facebook, which launched its Deals initiative in January. This saw the social networking giant partner with brands such as Starbucks to offer incentives to consumers who are prepared to share their location data.

There will always be a hunger for media-owning brands to find partners with physical products to offer deals to reward and incentivise, regardless of whether their customer base is readers of content, users of a network, or members of a local ’tweetup’ group. 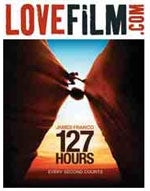 A good partnership must be founded on similar demographics and customers. This is really essential. It’s unbelievable the number of brands that enter into marketing partnerships with companies that operate in a completely different sphere to their own.

Partnership deals like our link-up with Ocado allow us to establish and strengthen relationships with brands, and help us gain a deeper understanding of each other’s needs. We’ve offered £15 off an Ocado shop through our communications to our members and last year sent out 2 million branded envelopes giving customers “an offer you can’t refuse”. Food and film entertainment are a natural fit.

The aim is to gain more customers and fuel acquisition in a smarter way.

By working together we can cultivate a synergy between the two brands, based on the common demographics and goals shared with each other.

But it’s really very important that partnerships start off being transparent with each other, which means we can build up a comprehensive understanding of business objectives. We can also begin to nurture a relationship based on trust and understanding. It’s imperative that we enter into a partnership like this with an honest attitude.

This type of targeted direct marketing gives us a longer-term view of strategic partnerships compared to some other methods. It offers a way of working with other brands on a sustained basis, and secures new channels of communication that may not have otherwise have been explored.

We believe such partnerships will continue to grow and evolve and this is likely to incorporate creative advances, such as how we combine online and offline materials and how incentives are used to improve engagement and responses.

Brands will have to become more savvy and aware of how various demographics are being marketed to, and how to tailor their offerings to suit this environment.

The benefits of growing partnerships in this way mean that companies will see the opportunity to evolve one-off activities into true long-term partnerships, while transforming how sales and marketing teams work together internally.

Brand in the spotlight – Q&A

Marketing Week: Can you describe your partnership with Caffé Nero?

Suzi Watford: We’re both premium brands. If someone buys a copy of The Times at Caffé Nero, they get an extra stamp on their Nero loyalty card. Caffé Nero is a great new channel for The Times to reach this audience in a premium environment. There are obvious commercial benefits to both brands – a new channel for us and a new product to retail for Caffé Nero.

MW: What makes a good partnership between brands when offering vouchers or rewards?
SW: First, it’s important to make sure it makes sense for the customer and that it offers value which in turn encourages the behaviour both brands are looking for. Encouraging customers to buy a copy of the paper in store and rewarding them for doing so by giving them an extra loyalty stamp is a good thing for both Caffé Nero and The Times.

MW: What has The Times learned from the partnership and what would you do differently next time?
SW: Picking the right partner has been key – we share the same goals as Caffé Nero and have been very clear with each other from the start what each wanted to achieve. Also, it is very clear on both sides who manages different aspects of the relationship – communication between brands in a partnership is paramount.

MW: How do you think such partnerships will evolve?
SW: Like-minded brands that have clear shared objectives can definitely benefit from working together and it’s a key part of what we do across our titles. This will continue to grow as we have more opportunities than ever for partners to work with us with additional products such as Times+, our websites and apps. 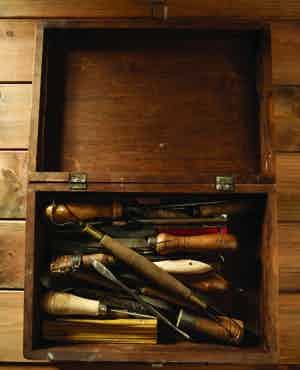 All in a day’s work: she invented interactive marketing and gave us the now-ubiquitous ’Intel Inside’ jingle, but the indefatigable Ann Lewnes is now embarking on her boldest mission yet, to bring Adobe to the world. 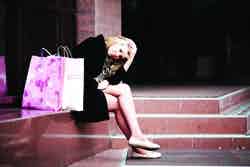 Retailers could be throwing money away on their brand communications because a third of customers are turned off by the in-store experience, according to exclusive research. And this is being exacerbated by online channels raising shoppers’ expectations. Today’s retailers are under exceptional strain. Rising commodity prices, a post-recession environment and competing with widespread discounting means […] 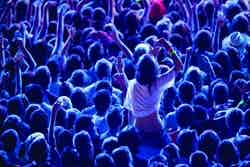 John Lewis and Tesco do it; football clubs and music artists do it. But is funding the business through contributions from fans an option for less well-known or passion-evoking brands? Last week John Lewis asked customers and staff to pledge money to help it raise £50m to expand its business. It wants people to deposit […]