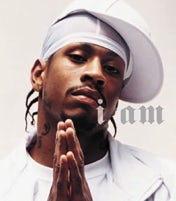 Brokered by New Street Media, the tie-up means the Reebok brand will appear on players’ kits and boots, as well as footballs, advertising hoardings and training areas.

In a separate deal also arranged by New Street, a Canon logo will appear in the corner of the screen during replays, as well as on hoardings.

Reebok European marketing director of lifestyle Roy Gardner says: “Pro Evolution Soccer 6 is highly regarded in the youth market and the gaming community as a whole.”