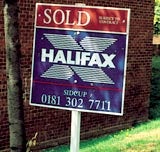 Traditionally among the most despised members of society, estate agents are about to get an image overhaul.

Increased competition is forcing estate agents to rethink the services they offer and is placing the focus on building relationships with customers which go beyond the buying process.

While the estate agency industry is dominated by companies backed by financial services institutions – six of the top 12 agents are of this kind – these players are having to learn to compete.

The cuts are mainly in less profitable, rural branches, but the advent of the Internet is squeezing margins. Customers are not only buying online, but are using the Web as a research tool, gaining knowledge – and a bargaining tool – of what deals are available before they visit branches.

For companies that get the service right there is money to be made. Despite the recent slight downturn in the economy, the Council of Mortgage Lenders predicts a growth in mortgage sales, from 1,396,000 in 2001 to 1,410,000 by 2003.

Financial services companies’ forays into estate agencies have not always been successful. Abbey National, Prudential, Lloyds and Nationwide all jumped on the bandwagon in the eighties, as demand for houses boomed. The market crash in 1989 saw many of these companies retreat with big losses. The main problem, apart from the economic downturn, was a failure to cross-sell financial services products.

Now the landscape of the property buying process is changing, and companies are again clamouring for a share of the market. The Alliance &amp; Leicester (A&L) has just launched Movingimproving stores (MW March 29) to reposition itself as an adviser on the house-buying process.

Like A&L, the RSA wants to make itself a “home champion”, offering a range of advice on areas traditionally outside the remit of estate agents, such as home improvements and maintenance. It will also broker mortgages and third-party insurance, and offer these services on its website.

Sommers says RSA is moving away from the eighties pitfall of treating branches as a medium to sell the company’s financial services products.

He says: “Local agencies are good at selling houses and the big nationals haven’t done much to strengthen their service. RSA will be looking for the best deals on its customers’ behalf. With a no-strings-attached process we will be more popular and efficient than the competition.”

He says: “A lot of agents have mortgage advisers, but the high commissions on financial services products have come down, so an agency needs to provide a range of services to become a one-stop shop.”

Other corporate-backed estate agents have reservations. Legal &amp; General (L&G) has been pulling out of estate agent ownership across the UK over the past four years and now franchises 120 branches, providing marketing and IT in return.

In order to extend its range of services L&G’s agencies have, since the end of last year, been able to approve mortgages in principle from a range of 12 options. Smith is concerned that offering too many services might be over-stretching, but says producing sellers’ packs could be the key to getting business.

These packs will ensure house sellers provide essential information on their home, including a survey paid for by the present owner. The proposed legislation, to make sellers’ packs compulsory, failed to get enough Parliamentary time this session, but the next government could reintroduce the measures.

Smith says: “Sellers’ packs will play a more important role. Everything L&G is doing is a platform for that.”

Halifax Property services is continuing to sell its own mortgages but is also fitting computer search engines in its 350 branches, which will match buyers with suitable properties across the country.

Halifax Property services general manager Jane Pridgeon says: “Customers use the Internet to find out what’s on the market and when they come into one of Halifax’s branches they expect to be using the same sort of technology.”

Acknowledging that they can’t compete with the independents’ local knowledge and reputation, corporate-backed chains are having to place greater emphasis on product diversity and knowledge of the whole house-buying process, as well as using better IT systems to match the Internet.

The company which can put a friendly arm around customers is the most likely to take more of their money.

Exhibitions are an essential ingredient of the marketing mix. But, when exhibiting, there are some very important elements to bear in mind when putting your message across …

Bacardi-Martini is looking for an advertising agency to handle its Â£2m Martini Vermouth creative account, after parting company with HHCL & Partners.