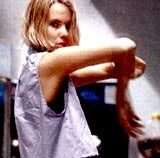 Denim, the tough material usually associated with hard-living cowboys and American road movies, has undergone a facelift over the past three years.Jeans may have been a wardrobe essential for everyone from popstars to presidents for much of the Eighties and Nineties, but sales took a substantial dive in 1997 and have been struggling to come back ever since.

Levi’s battle to stop Tesco selling 501s on the cheap took a new turn in a complex European Union ruling last week, and this is just one of the fronts on which the premium branded jeans industry is fighting against the decline in sales and their conversion into a price-driven commodity.

The industry has pulled out all the stops to revive denim’s appeal, but now it is women – who previously accounted for just a third of jeans sales – who have driven turnover back up to levels last experienced before the great crash of 1997.

As James Hobbs of industry researchers TN Sofres Fashion Trak says: “There has been a dramatic shift in the past year, with men’s sales levelling off and women’s sales growing immensely.”

But the relaunch of jeans as a fashion item means they may never fully recover the long-term dominance of the world’s legs they held for so long.

Instead, denim will bob along on a sea of temporary trends, depending on its ability to create fashionable innovations. Where once sales of denim could be taken for granted, now its success is dependent on a permanent process of reinvention.

Sales of jeans in the 12 months to March are up eight per cent on last year, to just under £926m, according to Fashion Trak. But the make-up of the market has changed. In the year to March 1997, jeans sales to men accounted for 63 per cent of the market, with women taking the rest. But by March 2001, the situation had changed radically. Men accounted for only 55 per cent of sales and women 45 per cent, with all the growth coming from women’s sales – men’s jeans sales were down eight per cent, while women’s sales were up by 35 per cent on the previous year.

Still, this is a remarkable turnaround in the fortunes of denim, and there is evidence that there could be more to come.

It was the “Jeremy Clarkson effect” that helped rip the seat out of the UK jeans market in 1997. The public realisation that the buttocks of middle-aged men such as TV presenter Clarkson and Prime Minister Tony Blair were regularly being squeezed into Levi’s 501s suddenly made jeans seem distinctly unhip.

They were what your parents wore, unless of course you were over 35, in which case denim still had resonances of the earthy freedom of Americana. Sales to the over 35s have been resilient, with most of the major manufacturers claiming that this part of the market has not suffered.

But as with most markets these days, the industry is chasing the under-25s. They hold the key to future sales and are easier to influence with advertising and branding than older age groups, who are less driven by peer pressure.

Still, the industry has had to reposition denim without scaring off older customers, and in the process has taken jeans into new territory.

Much of the growth in women’s sales has been stoked by high street retailers such as Next, Gap, H&M and Mango, which have promoted jeans after denim made a revival on the high fashion catwalks. Premium manufacturers such as Diesel have also fared well from the trend which has seen jeans-wearing popstars re-establish the “cool” factor. Last year, retailer brands accounted for 39 per cent of the market by value – nearly a quarter more than the year before, while manufacturer brands were down 13 per cent to a 41 per cent share.

Market leader Levi Strauss, which takes under a third of the UK market, admits that much of its innovation has appealed more to the female market, with advertising featuring more women than before – the old ads were about men doing manly things. “Engineered” jeans have a strong fashion appeal, but attract only the most fashion-conscious males.

Levi’s has also launched a range of girls’ jeans. Marketing director for northern Europe Rachel Johnson says: “We are trying to bring women back to the brand. Levi’s has been perceived as masculine, but we have moved away from the Western style to a new form of merchandising.”

She says denim has been reborn, though it will be a while before there is evidence of this in the financial results of Levi Strauss, which revealed plummeting sales and profits over the past three years.

“There is a resurgence of the denim market: you see it on the streets. Denim is very much back in fashion. As a big player, when Levi’s declined we brought the whole market down as well. Part of the reason [for the recovery] is the work we have done in new product development, communication and retail. We have brought younger consumers back,” she says.

In reality, the jeans market was stuck in a time bubble for many years, and Levi’s fell into the old trap of arrogance that seems to strike any marketer that has long-term success. As one source says: “Levi’s got very complacent, it believed everybody would buy 501s for ever. It did not see that the market might drift away because it managed to convince successive generations to keep wearing them. The collapse in sales had to happen.”

The downturn of the jeans market – and subsequent upsurge in sales – has been replicated across Europe. According to Paul Hick, chief executive of Lee Cooper, which does 90 per cent of its business outside the UK, the turnaround has been brought about by a new focus on innovation and a concerted effort by manufacturers to target the youth market.

“The jeans business has returned in Europe. It went down 25 per cent over three years, it was stable last year and it is going to increase this year. The business has been led back by innovation by Levi Strauss and Lee Cooper,” he says.

Hick says Europe’s jeans makers face a major upheaval in 2004, when duty on imported denim – at present 14 per cent – is abolished as part of GATT trade agreements. The prospect of a flood of textiles from outside the EU means jeans makers will face new competition from overseas and the prospect of falling prices. Hick believes that only innovation can revive the market and save it from disaster.

In the case of Lee Cooper, this innovation has consisted of a steady drip of new products. Hick took over in 1998 and set about relaunching the brand. He hired brand consultancy Mountain View, and poached former Levi’s European marketer Bruno Duflos.

Lee Cooper has been less badly hit by the jeans downturn than others, as its market was mainly in the older age group. But the brand review concluded that Lee Cooper needed to shift its focus to 18to 25-year-olds, and to institute a new brand positioning of “built in freedom”. This entailed producing jeans that “promise a real sense of freedom – clothes that can”. The style, cut and feel of the products should allow wearers to use them in a variety of situations – while doing sports, walking in the rain or at work.

From this, a number of new products flowed. First came the reversible jeans, white on one side, black on the other – in effect two pairs of jeans for the price of one. Lee Cooper is also launching other ranges into retailers across Europe now which will available in the UK this summer, and be backed by a poster campaign.

One is Aqua denim. If you pour water onto this material, the liquid turns to mercury-like globules and runs over the surface of the denim, without a drop being soaked up. Yet the material still “breathes” – air can enter and the fabric absorbs body sweat.

Other new products include “Flexease Denim” – stretch jeans aimed at men, an attempt to transfer the values of an essentially female product to men, who have considered stretch material as too feminine. The company also plans a Diamond Collection, which features denim with printed patterns.

Lee Cooper recently put itself up for sale with a £50m price tag, as its venture capital backers are seeking to realise their assets. The company hopes to persuade potential buyers – which it claims include rivals such as the VF Corporation – that the declining sales of jeans over the past three years is being addressed, and that they will be buying into a growing market. In the UK, Lee Cooper’s volume sales have increased eight per cent to account for nearly nine per cent of the market.

According to Hick, there are some 2,000 jeans brands across Europe. He adds: “The consolidation argument is as compelling as it was for BP and Amoco, Glaxo Wellcome and SmithKline Beecham. It’s about scale and brand leverage. We are the last major independent jeans business in Europe.”

The industry is praying that where women have led, men will follow, but it is also having to come to terms with a sector whose fundamental chemistry has changed over the past three years.

Jeans are unlikely ever to regain the privileged position they held for so many years. Manufacturers will now have to approach the business like any other, refreshing the market every 18 months or so with new products. Levi’s 501s remained virtually unchanged for nearly a century, and this lack of innovation eventually made them look dated. But in the rush to make jeans fashionable, the industry is having to perform a delicate balancing act, as it is in danger of alienating its stalwart customers – men, especially those like Jeremy Clarkson and Tony Blair, who are way over 35.