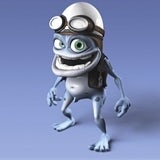 There’s a fine line between creating impact and alienating viewers when planning the frequency of a TV campaign. Is there a magic formula that guarantees the right balance? By David Benady

Television ads have been compared to uninvited guests in the living room. But however amusing and charming they may initially appear, even the wittiest and most pleasing commercials can become infuriating when repeated ad nauseam.

A crucial consideration for brand owners planning a TV campaign is the frequency with which they should repeat an ad. They need to strike a balance between maximising the impact without annoying viewers and putting them off the message altogether.

There is no magic formula for working out how often to show a TV commercial. Each campaign has to be considered individually, according to the creative work, how long the executions are and the level of interest in the product.

Even so, some researchers believe that brands are wasting money by over-exposing audiences to their messages. According to Gerry Hahlo, tracking director at Ipsos MORI’s advertising division ASI: “It is hard to make a rule as it depends on the category, but you start to see a levelling off of impact after about four exposures. People are going to get the message after seeing an ad three or four times.”

Hahlo believes brand owners are encouraged to over-expose their ads by TV sales houses offering cut-price deals. “The trouble brand owners fall into is they get offered really good media deals so their exposure is greater than it needs to be,” he says. He cites Carling ads in the 1990s as campaigns that were over-exposed and lost impact.

The problem brand owners face is that they need to ensure their ad reaches the maximum number of people in the target audience, so they keep showing it to make sure enough viewers see it. For instance, to get “one plus” cover – where 90% of the target viewers have seen the ad at least once – means that 20% may have seen the execution many times. These viewers may not be best pleased about sitting through endlessly repeated ads.

The classic example of this was last year’s campaign by Jamster for the Crazy Frog mobile ring tone, featuring the irritating sound of the laughing amphibian. Media watchdog Ofcom received over 1,200 complaints about the frequency of the ad, though it is not empowered to adjudicate on this, as frequency is the responsibility of individual TV stations. The brand faced a backlash and the ad became known as the most irritating commercial of the year. But the campaign was undoubtedly successful among the target audience of children and youngsters, and repetition of the ads contributed to its appeal.

Nicole Greenfield, strategist at Thinkbox, the TV stations’ joint body to promote TV advertising, says the financial impact of the repetitive Crazy Frog campaign is indisputable, because Jamster’s profits boomed. And she questions the assumption that an ad’s impact necessarily declines after repeated viewings. “Impact is dependent on a host of factors ranging from strength of creative, timelength, a viewer’s interest and involvement with the brand, the impact of the overall campaign and the complexity of the message. You can’t compare Guinness’ ‘Rhythm of Life’ with the Cillit Bang campaign,” she says.

Greenfield argues that the fragmentation of audiences across hundreds of TV channels means brand owners can use much greater targeting, as they extend the reach of an ad. Fragmentation also makes it easier to ensure that particular groups are not over-exposed to ads. 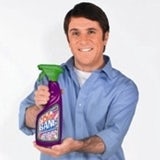 Meanwhile, some believe that this overcrowded media environment makes repetition essential. John Archer, head of advertising research at TNS, says/ “The real problem today is not over-exposure, it’s under-exposure. Achieving a level of at least two or three high-quality exposures in today’s media environment, where TV has to cope with hugely increased clutter, and where the audience increasingly zaps or fast forwards the ads, is becoming more and more challenging.” TNS’s AdEffect research shows how certain brand measures respond to increased exposure to ads: it suggests two showings is the minimum needed to create impact.

However, most media planners are wary of formulas for repeatability. One planner at a leading agency says there is a myth among brand owners that ads should not have an exposure of more than 1,200-1,500 ratings – which could amount to about ten to 12 viewings. This all depends on the period of time the ad is shown – it would be overkill to achieve these ratings in a month, but for a campaign running over a whole summer it could be a sensible target. The planner says TV ad bursts typically attempt to reach 400-600 ratings, which could equate to about five or six viewings per person.

One way of reinforcing a message is bringing back an ad after a break in the campaign, according to Dan White, a senior researcher at ad tracking company Millward Brown. “If an ad has been effective at creating brand associations, it makes sense to have a break, during which the consumer is likely to forget about the brand message – three or six months for example – and then replay the ad to remind consumers about the brand and reinforce the original and successful communication,” he says.

Still, most observers concur that for a simple TV ad with a straightforward message – such as a direct response or newspaper promotion – it makes sense to repeat it many times, since this will embed it in viewers’ minds. But for branding campaigns which are attempting to convey more complex messages about brand values, fewer screenings are desirable to avoid overkill. Of course, a way round the problem is to produce different executions for each campaign, though some say this can reduce impact if they are shown in rotation. Better to screen them sequentially, with each execution shown for a period, followed by a burst of another. Humour, rousing music and special effects are all compelling ways of delaying the inevitable “wear out” of a TV ad. But even a much-loved song or the jokes of a favourite comedian will eventually start to pall. There is nothing more tiresome than a guest – particularly a gatecrasher – who doesn’t know when to call it a day.â¢