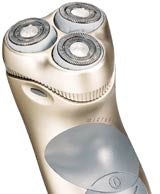 Remington has promoted sales manager Paul Martin to commercial director in the wake of a string of recent senior management departures. Martin will have responsibility for both sales and marketing.

Remington will be hoping this marks the end of a turbulent period for the company’s marketing and sales teams. As part of a wide-ranging reorganisation, it has abolished the position of European marketing director following the sudden departure of the last two incumbents.

Former European marketing director Richard Reitjens left Remington in February – without a job to go – after less than six months in the role (MW February 12). His predecessor, Peta Thorniley, left in September (MW September 12, 2002) having been promoted to the post less than a year earlier (MW October 25, 2001). UK managing director Simon Russell also left last year, reportedly after an argument over brand strategy.

This latest reshuffle is described by a Remington managing director Kay Downs as an opportunity “to focus on our two core categories of shaving/grooming and haircare”.

As part of the marketing reshuffle, Adrian Mooney has been appointed marketing controller for the UK and Ireland. His duties will include the development of Remington’s shaving and grooming business in Europe. Mooney was previously head of marketing and category management at Take &amp; Lyle.