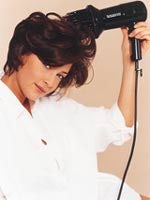 The promotion follows a global shake-up at the company this summer which resulted in the departure of executive vice-president, international, Wilan van den Berg.

Remington’s international operations were previously based in the UK and headed by van den Berg. The restructure involved splitting the international division into three units – the UK, Europe and Australia – and left van den Berg without a clear role; he resigned without a job to go to (MW July 26).

Remington is planning to launch two products later this year: the Microscreen 3TCT, a shaver for men that will mark its entry into the premium-priced shaving products sector; and Micro Super Smooth – a set of steam curlers and hair straighteners.

British Airways’ London Eye is to run a radio and poster advertising campaign, portraying how simple it is to ride on the attraction. The attraction cliams that the new campiagn does not imply any decline in vistor numbers during the current tourist slump. The campaign, which will run on radio and outdoor in London and […]

While malt whisky is traditionally considered a tipple of the connoisseur, many producers are now trying to attract younger drinkers