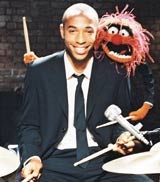 Renault has quietly installed Olivier Généreux as its marketing director in the UK after recalling incumbent Bruno Vanel to Paris.

Généreux was brought over from France, where he was responsible for Renault sales in northern France, but has previously worked for Renault UK.

Vanel was appointed UK marketing director in September 2000, when he took over from Thierry Moreau, who was responsible for the “Size matters” campaign for the Clio.

Vanel has been moved to the role of director of small cars, reporting to senior vice-president for strategy and marketing Benoit Marzloff, a former Renault UK managing director.

Renault UK has spent &£69m on advertising in the past 12 months, second only to Ford in the motor industry. Renault uses Publicis for its advertising, while Carat is responsible for media buying and planning.

Renault is the third-largest car brand in the UK, with a market share of just less than 11 per cent, according to the Society of Motor Manufacturers and Traders.

The latest “va va voom” campaign for the Clio hatchback will break in December, featuring footballer Thierry Henry and Muppet Show character Animal in a jazz club. Renault will replace the Clio in 2005 with a car jointly engineered with Nissan, which Renault partially owns.

The company is about to introduce cabriolet, sports and sports estates versions to its high-selling Mégane range. Earlier this year, the Advertising Standards Authority imposed a time restriction on the “ass shaking” ad promoting the Mégane after receiving complaints about its content.