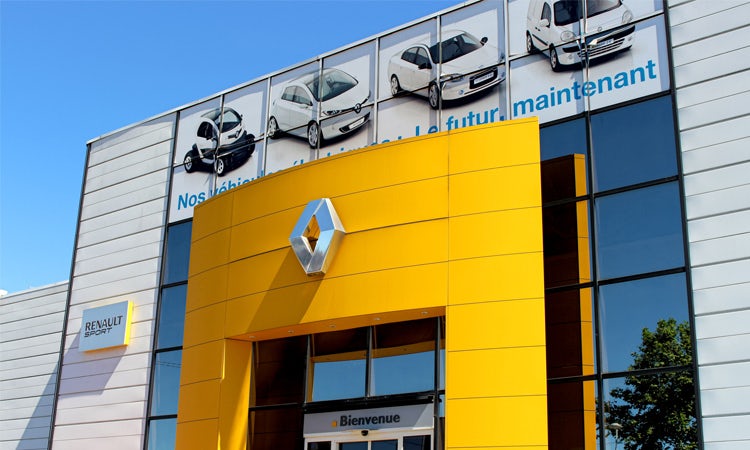 Renault is going through that awkward transition from teenager to adult. While it had a clear positioning as a French brand in the 1990s and early 2000s, this has become more muddled as it looks to “grow up” and become a more global brand.

For the last two-and-a-half years it has been the job of Bastien Schupp, vice president of brand strategy and marketing communications, to steer the French car manufacturer away from almost 120 years of ‘Frenchness’. That doesn’t mean it is trying to pretend it isn’t French; Schupp believes its French roots are important and shouldn’t be ignored.

“Renault wanted to grow up and not be seen as just a European brand anymore,” he explains, citing China, India and South America as key markets of interest.

“Over the past year Renault has managed to expand its reach to sell roughly 50% of the volume outside Europe. Taking on a global role in an expanding company was a really interesting challenge.”

Schupp, who worked various European roles at Nissan and Audi before joining Renault in 2016, admits Renault had lost its way in recent years – especially in the UK, which he says is its weakest market in terms of brand strength.

Sales of Renault vehicles decreased by almost 15% year on year in July, according to data from the Society of Motor Manufacturers and Traders (SMMT). Its market share has also dropped from 2.84% to 2.56% over the last 12 months, while YouGov’s BrandIndex shows its ‘index’ score (which measures a range of metrics including value, quality and reputation) is just 4.4, making it the 28th most popular car brand in terms of consumer perceptions out of 38.

“Our range was not always very coherent and the first thing we did when I arrived was clarify the brand and what Renault stands for,” Schupp says.

“French companies in general tend to be creative but not very disciplined, while German companies tend to be the opposite. They might be perceived as being boring but they’re extremely consistent with what they do – and to build a brand you need to be consistent over time.”

Being half German and having spent 10 years at German car manufacturer Audi, Schupp says one of the biggest changes he’s made to marketing at Renault is putting some of that German discipline in place so it become much more consistent. He has also enforced stricter rules when it comes to taking decisions that touch the brand or brand expression.

But ‘brand strategy’ wasn’t always part of his remit, with the scope of his role expanding after 12 months when the brand head left the business. Schupp says while he got along well with his predecessor, the merged role makes more sense.

“There was constant room for friction because between the brand definition and execution of it you constantly step on each other’s feet,” he explains. “So now the fact I can on one side define the five brands of the group and then act on it on a global scale makes perfect sense.”

Bringing back Thierry Henry is one way Renault is looking to inject some ‘va va voom’ back into the brand in the UK, with the French striker returning to British TV screens as part of Renault’s Premier League partnership.

“Specifically in the UK, we need to work on our ‘premierlarity’ and [Henry] is one effort to come back to that historical audience and to actually get visibility with the new Renault range,” Schupp explains. “The partnership is not so much about football but more a media opportunity that offers very high frequency with an interesting target.” 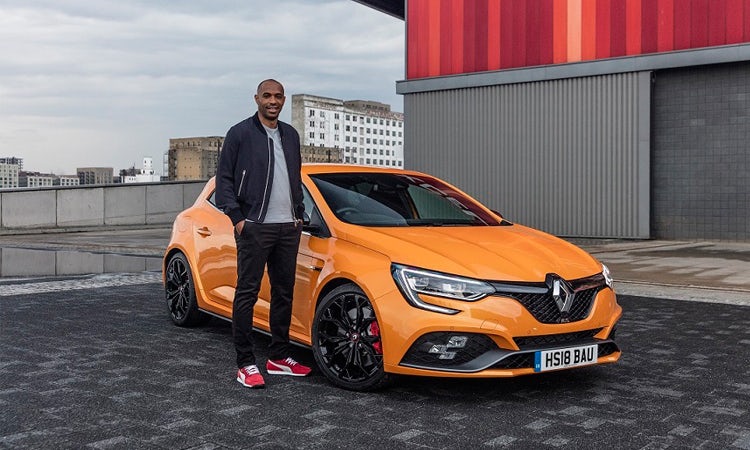 Renault is also looking to “ramp up” its visibility with Formula 1. It returned as a constructor in 2016 following its takeover of the Lotus team “because it gives you credibility in terms of technology and innovation.”

It is here that Renault is also experimenting with eSports to try to attract a younger audience outside of its usual 30- to 50-year-old age bracket. A recent partnership with Vitality, France’s biggest eSports team, will see Renault enter Formula 1’s eSports tournament which will run parallel to the actual race.

Schupp and his team have been working closely with agencies Publicis and OMD on a four-year plan that will help Renault become much more targeted with its marketing. Part of this includes ramping up programmatic buying to have more addressable media.

“In France, our biggest market, we now spend more on digital than TV and the part of programmatic is constantly rising,” Schupp says.

“Nevertheless, the overall objective of this plan is not just to go for addressable advertising or precision marketing per se, but to free up money to put the tactical money where you can be more precise. So put the large messages in the large media and the more precise offers in the precise media.”

Just 4% of the population are in the market to buy a car at any one time, which Schupp says means the majority of car manufacturers are spending 90% of their efforts and media spending on trying to trigger next-day sales in one way or another.

I struggle to make up my mind whether the traditional industry will be eaten by new players that adapt quicker or whether this is just a big hype.

“This takes a big shift not just in terms of the technical way of doing things but also in terms of culture. Even at management level it’s much easier at the end of the month to put a big discount on TV than to trust your marketing team that the right people are seeing the message.”

By 2019, Renault is aiming to have 50% of investment going to people who are out of market. To accelerate this, it is testing a new agency model with Publicis and OMD over the next six to eight months that will bring data, creative, media and client around the table for every campaign.

It has also taken programmatic in-house in the Nordics for a trial period; however, Schupp has his reservations.

“We can probably attract talent to manage [programmatic] but I don’t think we can actually offer them any career opportunities, because these kinds of experts I don’t think are interested in generalist automotive careers,” he says. “We can attract them but we can’t keep them and therefore can’t grow them.”

For those that Renault can keep and grow, it is looking to instill them with the skills it needs to become an “agile” and “data-based” business. This includes a year-long online course it has developed with LinkedIn to improve digital and data knowledge.

That is necessary because the relationship people have with their vehicles – and what they want from them – is changing fast.

While the performance of the car was once top of the list, software and technology are now becoming increasingly important, meaning manufacturers are needing to factor in connectivity to smartphones and the outside world.

Additionally, with autonomous cars on the horizon, many manufacturers are beginning to experiment with how to turn these concept cars into genuine consumer propositions.

This is where Renault is using virtual reality, to show people what it would be like to travel autonomously through various scenarios in different conditions – including through the air with birds flying next to you.

“We’ve had initiatives where you can look at the car from home with VR and all that stuff but I’m not a big fan of that, I don’t think it’s going to really take off,” Schupp says.

“What is interesting is when you offer experiences that people can’t actually live, such as going on a lap in one of our F1 cars or into one of our factories, places that you couldn’t normally access. Virtually, I think that makes sense.”

Schupp also believes augmented reality will have a role to play in the buying process in future – particularly as people visit showrooms less and less. While people used to go into showrooms eight times before they bought a car, that figure now stands at around 1.3 in most developed countries.

Schupp says the physical interaction still plays a “very heavy and important” part of the purchase journey – especially because people like to be reassured when spending large amounts of cash – but it is now no longer enough to just offer a showroom with a car park.

It is this rapid transformation of the automotive industry that keeps Schupp up at night.

“I struggle to make up my mind whether the traditional industry will be eaten by new players that adapt quicker or whether this is just a big hype, because our environment is so constrained through government rules,” Schupp says.

“The barriers to entry are extremely high, you can’t just come in and offer cars. I’m not sure whether there will be as big a revolution as we read in the papers and therefore whether we should throw everything overboard and just become mobility providers.” 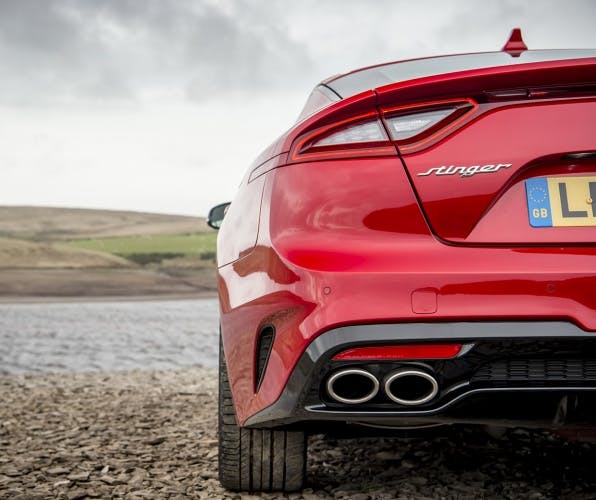 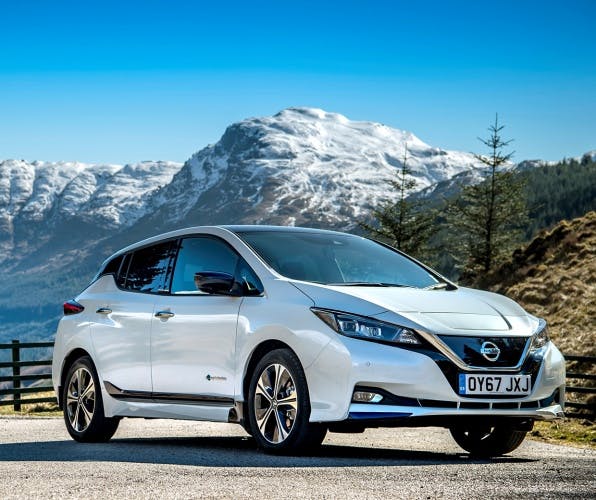