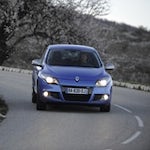 Renault is launching its latest wacky TV ad, the Mégane Experiment campaign, which features a ’French Borat with a heart’ trying to spread joie de vivre in the Lancastrian village of Gisburn.

The latest set of TV ads, created by Publicis London and directed by Oscar-nominated director Henry-Alex Rubin , are an extension of a teaser campaign launched ten-days ago.

The TV campaign features two 60-second ads and three ten-second spots, which gauge the genuine reactions of Gisburn villagers to Claude, a French actor who plays the part of a ’joy consultant’ for Renault. Over the course of the week Claude attempted to prove a Mégane could change the outlook of a town.

Claude ends up getting in a number of amusing situations that Publicis London executive creator director Tom Ewart says “shows the residents of Gisburn in a warm and complimentary light”.

The original teaser ads caused some controversy, when Gisburn residents were concerned they gently mocked the village.

Ewart says: “No one has ever done anything like it before: an unscripted shoot in a real town with real people – over the course of five days. We genuinely had no idea of what the outcome would be.The client has nerves of steel – they weren’t even on the shoot because it would have give the game away – and it paid off in spades.

“The tea-cup that was thrown in anger in the auction house was real. The woman that asks for a kiss behind her husband’s back did it for real. The vicar that embraces ’Joie de vivre’ in the White Bull pub is real.”

Publicis London gathered over 48 hours of footage during the five days of filming. A short film, featuring behind the scenes footage, will be hosted on The Mégane Experiment website.

The site also offers the chance to win prizes, provides a ’joie de vivre’ psychometric test and allows users to compare how joyful their town is against others.

The Mégane Experiment will be a fully integrated campaign, encompassing TV, cinema, national press and digital activity. The campaign is being supported by Publicis Modem, Sputnik and Jam who will handle digital, PR and social media respectively. OMD was hired to handle the media planning and buying.