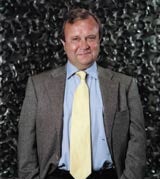 The move is part of a clear-out of senior executives, ahead of the arrival of the company’s new chief executive, Carlos Ghosn, in May. In total, five of the seven members of the executive committee are due to leave in the next six months.

Blain, who was senior vice- president for Europe, takes over as executive vice-president for sales and marketing. He has been with Renault since 1977.

There has been talk of a review of Renault’s £350m European media planning and buying account, although the company has denied the rumours. Carat won the consolidated account in 2000. Publicis handles advertising.

The car manufacturer axed its long-running sponsorship of Channel 4 Drama at the end of last year (MW November 25, 2004). The deal, thought to be worth £3m, included shows such as The Sopranos and West Wing but came to an end in December after four years. Renault used the sponsorship, which carried the line “The best seats in the house” on credits and break bumpers, to promote its Vel Satis and Espace models.

The car manufacturer is thought to be in talks with Channel 4 about sponsoring shows whose audiences are more suited to its newly launched Modus model and the latest Clio.

Guardian Media Group Radio is the first radio group to sign a partnership deal with GWR Group to use the ‘Hear It Buy It Burn It’ music download service across its Real Radio brands.

Express Newspapers has moved its Â£9m media buying and planning account from OMD UK to MindShare, without a pitch.