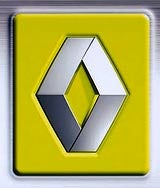 French car company Renault is planning to scrap carrying its own name on its models and will instead rely on its diamond-shaped badge to identify the marque. The move follows Renault’s decision to focus all of its marketing on its brand, instead of its individual models (MW October 5). The car company now carries the strapline: “Créateur d’automobiles”. Confirming the change, a spokesman for Renault says: “This is moving on from the marque campaign. We have been looking at developing the brand and research has shown us we must concentrate on one aspect.” Until now, the name “Renault” has been carried on the back of all cars above the model type name, and there is no diamond badge on the back of the car. Renault also confirmed that the first model not to have the “Renault” name on it will be the Avantime, its new car due to be launched in the UK in September. Mercedes is the only other car company not to carry its name on its cars. All of its models are identifiable by its famous badge.