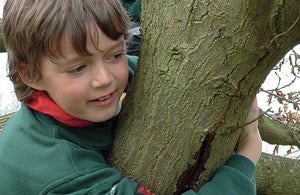 The Andrex puppy is a great example of a consumer promotion that has run and run. Indeed the brand personality has been given a new boost in its above-the-line TV advertising.

According to Catherine Andrew, head of planning at Dynamo Marketing, it’s not only brands that increasingly want to integrate repeat campaigns above and below the line. Growing research into promotions is showing strong consumer preferences for more of the same too.

But a straw poll of marketing agencies throws up some contrasting judgements. Take Rich Bryson, account director at Intelligent Marketing. He says: “I’ve helped to judge awards where an Andrex puppy promotion has been shortlisted. Maybe it’s doing it for the brand’s sales but it looks a bit tired to me.”

Demonstration
Yet the theme’s longevity can also be taken as a demonstration of exactly how variations can be spun off from a single idea that works, reinvigorating it year after year. Says Andrew: “Once you’ve got a strong property and especially when you get children involved with collecting, you really can’t have too much of something like that.”

She if anyone should know, given Dynamo’s long-running Active Kids campaign for Sainsbury’s. Andrew declares: “It may not always be easy but it’s great when a client says, ‘It’s working for us, now we want to make it bigger and better’.”

The key, she continues, is exhaustive research. For Active Kids, teachers’ panels, parent and teacher focus groups are involved – and there are exit interviews at stores. “Above-the-line, consistent tracking is the norm,” says Andrew. “There, it’s accepted that you don’t chop and change. You develop an idea.”

Thorough research, she maintains, is vital for a refreshed promotion to ensure that it is being strengthened.

Active Kids has been running for three years and with families continuing to collect the tokens, the scheme has been expanded annually. Most recently, says Andrew, a cooking section has been added to the catalogue, acting as a tie-in with the Active Kids Get Cooking initiative.

Coca-Cola is another big brand that has recognised the value of reviving a promotion for three consecutive years – showing, says Sam Needham, associate director at bd-ntwk, “its commitment to real football and real fans.”

Win a Player has evolved over this period and as Needham puts it: “The essence has stayed the same but from a communication point of view it’s changed over the three activations.”

This support for everyday, local soccer complements Coke’s higher-profile sponsorship of bigger sporting events and tournaments. And only last month the soft-drinks brand extended its Football League backing for a further three years.

In the campaign’s first season individual fans were able to make a positive contribution to their team’s fortunes via a website. In the final draw the club that was pulled out of the hat (Brighton and Hove Albion) bagged a £250,000 player (Colin Kazim-Richards). Also the winning fan collected £10,000 – and, not least, bd-ntwk netted a NMA Effectiveness Award.

The promotion has continued to evolve – and entry is now purchase-dependent.

For some audiences, notably young adults, involving the latest digital technologies can be a vital element in a campaign. But Bryson warns: “Marketers will often go after the current fad or latest technology and lose touch with the wider brand strategy.”

Proven strategy
Few risks have been taken in the consecutive campaigns Bryson’s agency has run for TaylorMade-adidas golf equipment. These days there is a much greater online element along with e-mail marketing, but the aim, he says, is still based on the same, proven strategy – “empowering consumers to play like the brand’s pros.”

One of the longest-running multi-layered campaigns in recent times is the Trinny and SusannahNescafé campaign, which has been running since 2004. Promotions have integrated with the ad campaign and moved on from the original idea that a coffee first thing gives you the clarity of mind to choose your outfit for the day. The campaign has featured lingerie and full-day makeovers, and this time around five individuals stand to win a new item of clothing every day for a year.

However Nestlé has now decided to divert its attention and its budget elsewhere which, suggests Stoner, goes beyond a purely commercial judgement. “It’s good sometimes to get back to the brand and focus on that,” she says.

Maybe. But what’s the betting we won’t see the queens of makeover clutching a red Nescafé mug again in a not-too-distant future promo?