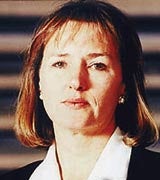 A sexist, laddish culture still prevails in the advertising industry, with only nine per cent of women in the business making it into agency management, according to new research from the Institute of Practitioners in Advertising (IPA).

While women make up half of the number of employees in advertising, less than a quarter of them hold senior positions, according to findings from the latest Women in Advertising report. The percentage of women that make it into agency management has marginally in creased from seven to nine per cent over two years.

Christine Walker of Walker Media, MT Rainey of Rainey Kelley Campbell Roalfe/Y&R and Amanda Walsh of Walsh Trott Chick Smith are the only women who have their names above the door of a top 50 advertising or media agency.

While women are well-represented in account handling (54 per cent), planning (52 per cent), TV production (44 per cent) and media (67 per cent), creative departments remain the last bastion of male domination.

The proportion of female creatives has actually decreased over the past decade – women now make up only 17 per cent of the industry’s copywriters and 14 per cent of art directors, down three per cent in each area. This is despite the fact that more than half the students on courses that feed creative departments are female.

The IPA report cites a number of reasons for the low proportion of female creatives, including the laddish atmosphere of many creative departments, where lewd and sexist remarks are often the norm, and the lack of female role models.

“The laddish, boysy atmosphere means you fit in if you are part of the club. Football talk and going drinking as a group is commonplace,” says the IPA report.

Despite fears over the lottery, the UK gives more to charity than any other European country. But which media channels are best at filling the coffers?

A survey from Country Living magazine has just confirmed what women have always known – men are cheap. The report has one bit of crucial Christmas advice for the ladies: make sure nothing on your wanted list is worth more than &£100. Almost one third of men spend less than &£100 on Christmas presents, according […]

Everyone’s at it. From Greg Dyke to John Billett, it seems they all want to take a dig at ITV. Now even the daughter of a former chancellor of the Exchequer has joined the throng. Nigella Lawson has made a promotional video for Channel 4 to promote its winter schedule to advertisers. She makes the […]