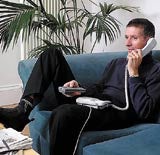 The majority of consumers are not prepared to pay to avoid advertising on television, according to new research from Media Planning Group.

The agency commissioned research into “convergence”, to see how the growth of video-on-demand services and the arrival of personal video recorders (PVRs) has affected the use of televisions and computers.

ICM Direct carried out the telephone survey of 1,000 adults and found that the TV and PC still have very separate functions in the home, and that convergence is limited to “certain key activities”, such as listening to the radio.

Regarding PVRs, which will allow viewers to avoid ads in the future, nearly two-thirds of the respondents said they would not be prepared to pay for this facility. They were prepared, however, to pay to be able to watch programmes when they want, rather than be dictated to by the schedule.