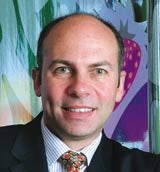 TBWA/London’s future as the creative agency for MÃ¼ller Dairy UK has been thrown into doubt following the sudden departure of managing director Andrew Harrison. Harrison was heavily involved in the appointment of the agency last year.

Harrison resigned from his role without a job to go to after less than 18 months in the post (MW January 8, 2004). Harrison, who joined in April 2004, called the agency review just two months afterwards.

TBWA won the £13m account with the strapline “Lead a MÃ¼ller Life” that replaced the two-year-old “MÃ¼ller love” theme, created by incumbent Publicis. Some industry insiders have suggested that TBWA’s campaign is polarising and question its future under a new UK managing director.

Matt Shepherd-Smith, managing director of TBWA/London, says he is confident that the relationship is strong enough to survive Harrison’s departure and claims it is “business as usual”.

He points to the strong rapport the agency shares with marketing director Chris McDonough, a former Masterfoods petcare marketer, despite the agency being appointed before he joined the company (MW November 25, 2004). McDonough is expected to wield more marketing power in Harrison’s absence.

Harrison, a former NestlÃ© Rowntree marketing director, was criticised by NestlÃ© managing director Chris White, who joined the company as Harrison left. He claimed the brand’s marketing had “lost its focus” (MW February 12, 2004).

Manchester-based e-marketing company Online DM has signed an exclusive reseller agreement with US e-catalogue software developer Mobular. UK clients wanting to sell online will now be offered the Mobular software, which was developed by former NASA scientists and effectively creates a cross between a website and a PDF file, allowing large amounts of information but […]

Manchester-based e-marketing company Online DM has signed an exclusive reseller agreement with US e-catalogue software developer Mobular. UK clients wanting to sell online will now be offered the Mobular software, which was developed by former NASA scientists and effectively creates a cross between a website and a PDF file, allowing large amounts of information but […]

London’s popularity as a conference venue is as strong as ever, but with so much choice, finding an affordable location that suits your event can prove to be a gruelling task, says Gary Eastwood