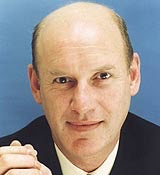 TXU Europe head of retail business Roger Partington has lost his job in a restructure. The move comes after the utility company announced “significant” job cuts in the UK, citing fierce competition. Partington, a former marketing chief at Safeway, is understood not to have a job to go to.

Partington’s position has been merged into TXU’s trading and energy generation operations. Executive vice-president of trading and generation Martin Stanley has been given the position of UK managing director and will have additional responsibility for the retail business.

A spokesman for the US-owned utility, which issued a profit warning this week, confirms that voluntary redundancies will take place shortly.

TXU owns three British coal-fired power stations and, like beleaguered British Energy, it is blaming a sharp decline in wholesale electricity prices for the erosion of its profit margins.

Last year, TXU Europe ditched its Norweb Energi and Eastern Energy brands in the UK, integrating the two businesses under the new name of TXU Energi (MW August 16, 2001). TXU Energi was unveiled with a national TV and press campaign, created by Roose. Media was handled by MediaCom.