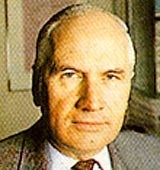 As mentioned in this column recently, research conducted among German retail buyers suggested that, of the goods on grocery shelves, just 42 per cent could be considered “more or less essential”. If recent developments in that country are any guide, even this figure may be optimistic.

The co-operative chain Spar recently informed its members that, in order to put pressure on suppliers to cut margins, a total of 250 brand-name articles were in danger of being withdrawn, among them famous names, such as Coca-Cola, Bestfoods, Beiersdorf (maker of Nivea) and Kellogg. In a written reply, its members protested that they considered 79 of the 250 brands to be “indispensable”, a figure corresponding to just over 30 per cent of those under threat.

While the two statistics are not directly comparable, they appear to represent further evidence of the growing pressure under which brands operate in today’s market.

Germany’s retailers have been engaged in fierce price wars over the past two years, with tit-for-tat price initiatives appearing almost weekly, driven in large part by the shockwave which the arrival of Wal-Mart sent through the industry. Manufacturers of branded goods have consequently come under pressure to review their business models, a fact most clearly evidenced by Kellogg’s decision earlier this year to supply Aldi with own-label versions of its leading brands, although the decision has since been aborted (MW June 29).

While some suppliers would disagree, the UK retail industry can appear marginally less cut-throat than its German counterpart, in part due to practices such as category management which have led to a greater co-operation between the major branded goods suppliers and their customers. Nevertheless, sophisticated own-label products in the UK provide shoppers with high quality alternatives to many leading brands. Until recently, this has not been the case in Germany, but evidence suggests that own label is growing in influence there, too.

Figures from Dolle Handelsmarketing, a retail consultancy, show that from 1979 to 1999 the proportion of generic or “no-name’ products sold as own label fell from 74 per cent to 34 per cent. Over the same period, the proportion of “pseudo brands”, such as those found on the shelves of Aldi and Lidl, rose from 24 per cent to 45 per cent, while the share of “exclusive own brands” rose from two per cent to 21 per cent.

Additional figures from the trade journal Lebensmittel Praxis show that, across product areas such as dairy goods, confectionery and frozen goods, own-label product introductions were significantly less likely to fail than branded counterparts.

Though these are all mature market sectors, traditional suppliers are no less likely to be feeling the heat. Beyond trade initiatives to defend margins, in order to avoid the “Aldi-isation” of their business, now is the time for those suppliers to redouble their efforts and investment behind communications which build and defend the equity of their brands.