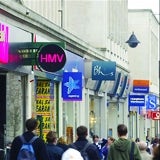 The BRC found that like-for-like retail sales fell 0.6% in August compared to the same month a year ago. Total sales increased 1.5%.

The report found that non-food non-store sales, which include online, mail-order and phone sales, enjoyed their best growth since April, with sales up 12.6% on last August.

Despite figures released yesterday from the BDO High Street Sales Tracker, which said that high street stores reported their worst like-for-like sales in two years due to the riots, the BRC says last month’s retail sales were not impacted by the disruption.

Stephen Robertson, director general at British Retail Consortium, says: “The riots were not widespread or prolonged enough to have a significant impact on these UK-wide figures. Poor consumer confidence, high inflation and the on-going squeeze on personal finances remain the biggest threats to the retail sector.” 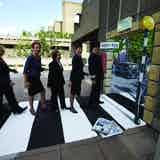 VisitBritain is sending 10 exclusive artworks on a global tour as the main planks of the second phase of its “You’re Invited campaign.

Aldi has avoided getting its knuckles rapped after viewers complained that the supermarket’s TV ad encouraged the misuse of alcohol.