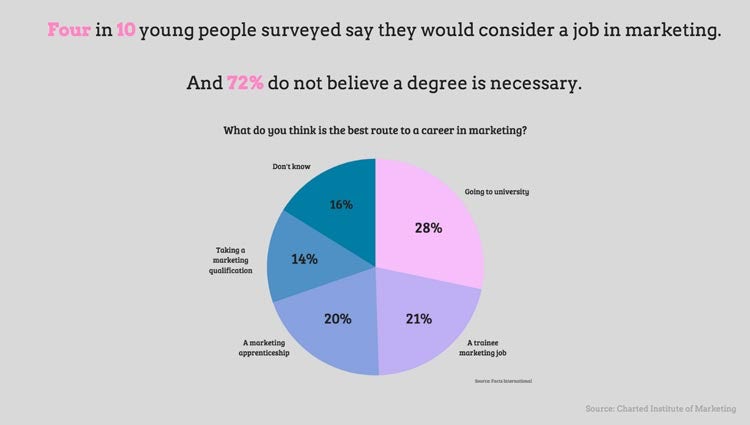 1. What the next generation of marketers want

Four in 10 of 500 young people surveyed say they would consider a job in marketing but the majority (72%) do not believe a degree in marketing is necessary.

Instead, 21% would seek for a trainee marketing job and 20% for a marketing apprenticeship, while 14% think a specific marketing qualification is the best route into the industry.

The study also found that 64% of those aged 17 to 19 who left school or college in the past six months and are interested in a career in marketing would prefer to work for a multinational (36%) or an established British firm (28%).

Whereas just 11% say they would choose to work for an innovative startup, 12% for a small business and 6% for a charity or social enterprise.

The respondents also favour a high salary (44%) over a career that helps people (33%). 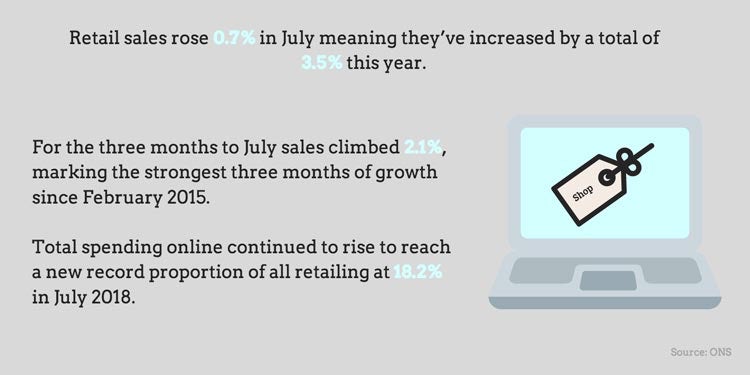 Retail sales rose 0.7% in July meaning they’ve increased by a total of 3.5% this year, with the boost attributed to online promotions as well as increases in food sales likely caused by the World Cup.

For the three months to July, sales climbed 2.1%, marking the strongest three months of growth since February 2015.

Meanwhile, total spending online continued to rise to reach a new record proportion of all retailing at 18.2% in July 2018.

3. China is now the largest ecommerce market in the world 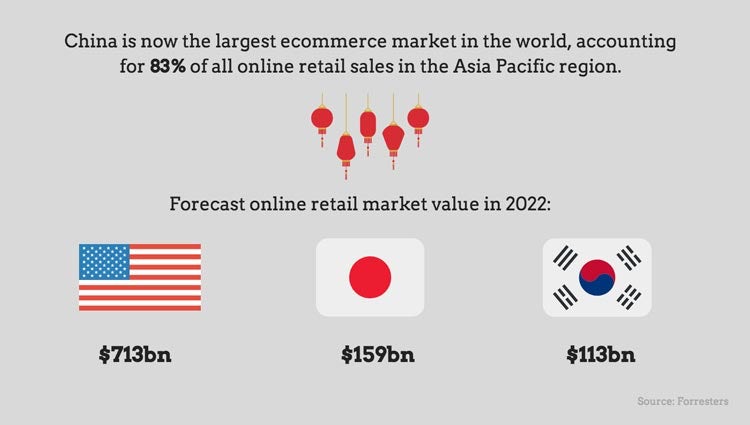 China has leapfrogged the US to become the largest ecommerce market in the world and accounting for 83% of all online retail sales in the Asia Pacific region, thanks to the brands including Alibaba and JD.com.

Among metropolitan Chinese consumers, 72% are ‘Progressive Pioneers’, known as the most demanding, advanced, and innovation-hungry digital shoppers. 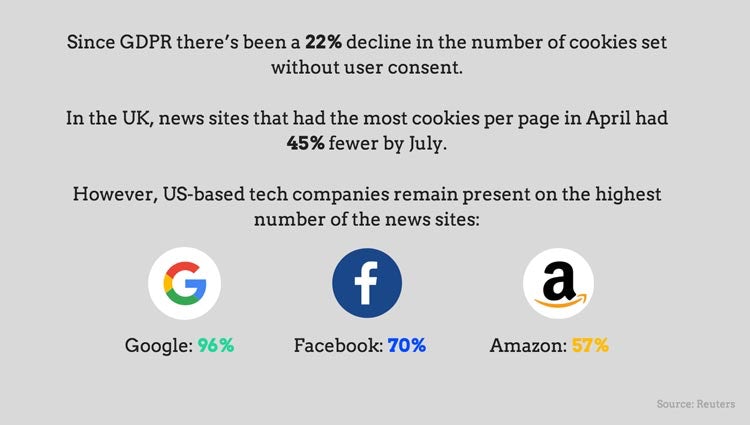 Since GDPR kicked in on May 25 there’s been a 22% decline in the number of cookies set without user consent.

And in the UK, news sites that had the most cookies per page in April had 45% fewer by July. 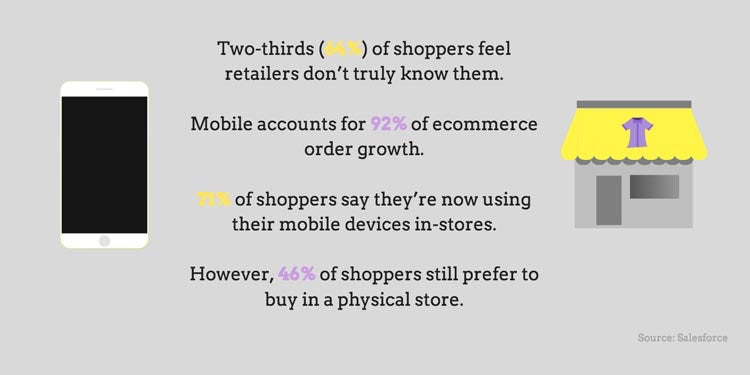 Two-thirds (64%) of shoppers feel retailers don’t truly know them, and another 87% of shoppers say they start their hunt for a new product on digital channels.

Mobile accounts for 92% of ecommerce order growth and personalisation influences 38% of all digital revenue. Additionally, 71% of shoppers say they’re now using their mobile devices in-stores (83% for shoppers aged 18-44) which is up from 62% in 2017.

However, 46% of shoppers still prefer to buy in a physical store.

Shoppers are also moving quickly, with 69% of consumers saying it’s ‘important’ or ‘very important’ to see new merchandise each time they visit a store or shopping site.

And 59% of shoppers say they’re more likely to buy from brands that offer customised products. 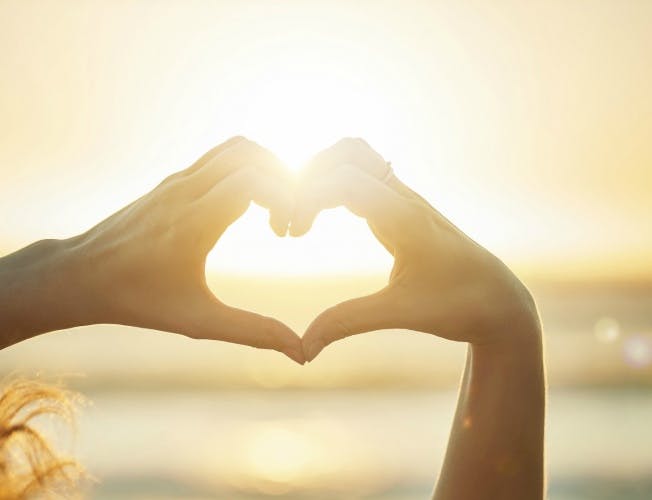