For people in the UK that don’t have tickets to the Games, and will be tuning in to watch the action on TV, supermarkets will be a focal point just as they were for the World Cup, European Championships and the Jubilee earlier this year.

As consumers look to stock up on snacks, sharing platters, and Union Jack paper plates to show support for Team GB, it’s retailers and supermarkets that will be helping us all celebrate with special offers and sports themed promotions, not to mention selling official merchandise.

For official partner brands, retailers are also a key channel to getting their sponsorship message out to consumers. For Procter & Gamble, which owns brands including Pampers, Ariel and Fairy, while London activity throughout the Games is focused on its Thank You Mum activity designed to support the mums and families of Olympic athletes, its sponsorship campaign has been brought to life around the world through its retail partners, according to its top brand marketer Marc Pritchard.

He adds that whether it’s a tiny village store in Africa or India, or a gigantic display in hypermarket in the US, the thing that remains constant is the creativity and the ability for retailers to make everyone a part of the Olympics no matter where they are.

Some of P&G’s retail displays have included a 40m wide by 40m high display of Ariel in China, a A Tower of London display made from P&G products in Mexico and a display the size of an Olympic swimming pool depicting the five Olympic Rings and the Torch in Russia.

When you look at how valuable retailers and retail marketing can be to boost brand activity for sponsors and also whip up excitement around the Games themselves, it’s a disappointment to hear some of the “brand police gone mad’ stories circulating.

Just one example is of newsagent Hamdy Shahein in Stoke Newington, within the Olympic Borough of Hackney, who was forced to take down Olympic decorations as the Torch passed through the borough.

Of course LOCOG has to protect the interests of its many brand partners that have invested millions in their association with the games but there is a need to apply some common sense.

Is Mr Shahein hanging official 2012 flags outside his Hackney store damaging to any of the official sponsor brands? I doubt it. Does it engender support and community celebration around the Games and in turn the brands officially associated with it? Most likely.

Even without being an official partner of the 2012 games, all retailers in London, and indeed the rest of the UK, help add value to the Games and that’s something LOCOG should recognise and embrace. 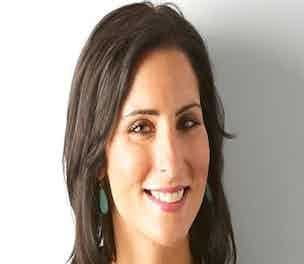